By Tom Laemlein
via The Armory Life web site 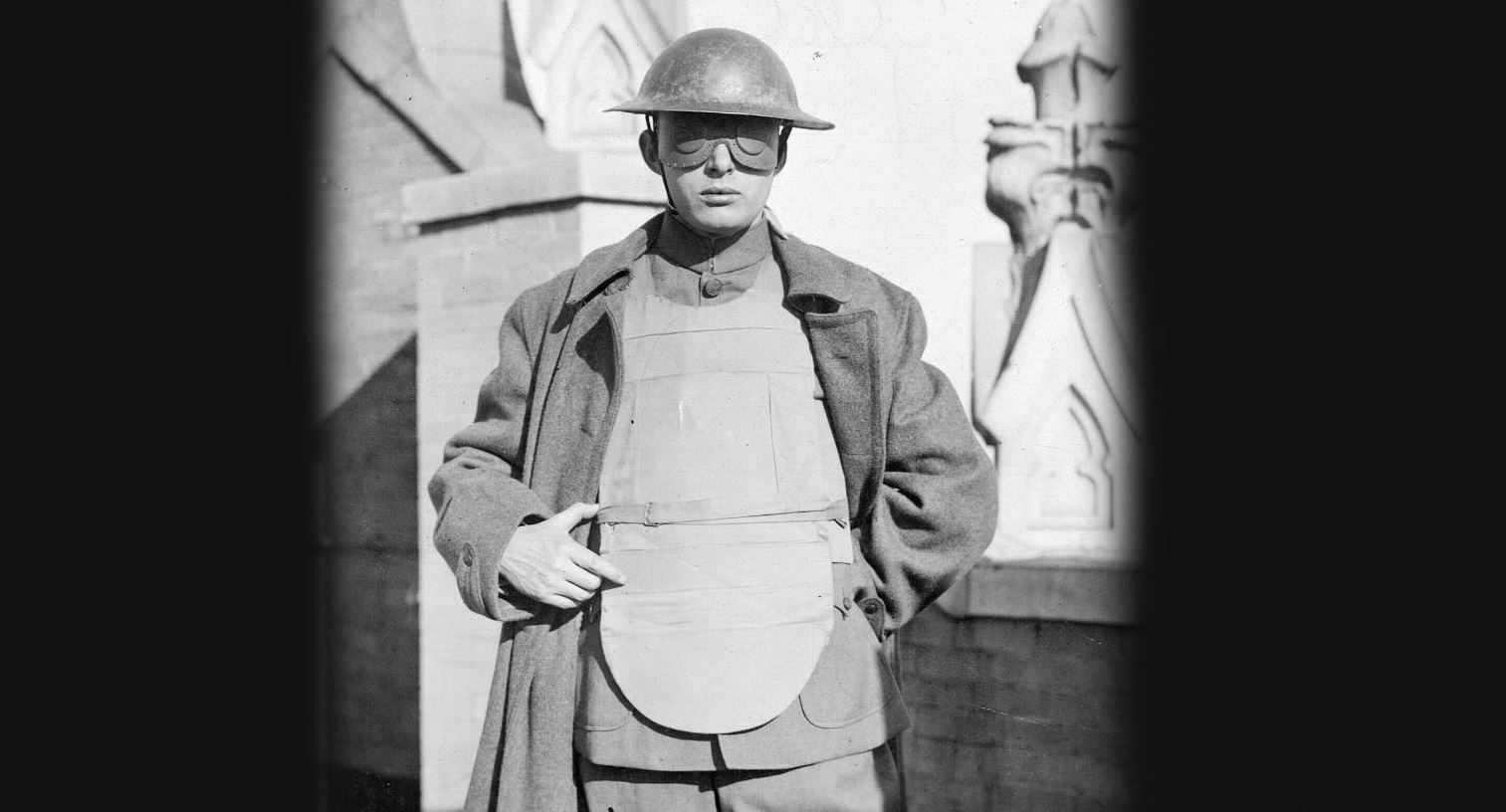 At the outset of the Great War, old-world planning ran head-on into the realities of modern technology.

Vast numbers of men were thrown into the grinder, and the losses were staggering. Scrambling for solutions, military planners looked backward for one possible answer: armor. With WWI body armor, military leaders looked for a tactical advantage while the men in the trenches looked for any edge to stay alive. In today’s article, Tom Laemlein looks at the trench armor developed during this time and judges its effectiveness. — Editor

In June of 1880, in the outback of Victoria, Australia, infamous bushranger Ned Kelly brought the idea of body armor back into the mindset of modern military planners. During a 15-minute shootout with police, Kelly wore a bush-forged and crafted suit of armor (weighing almost 100 pounds) and exchanged fire at close range with multiple officers. 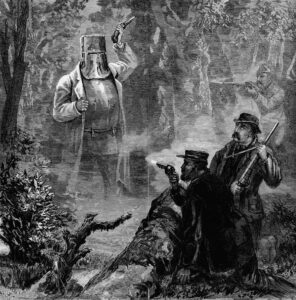 Body armor becomes part of the military discussion due to the criminal Ned Kelly. “Ned Kelly’s Last Stand” by James Waltham Curtis, circa 1880. Via the Library of Victoria, Australia

Kelly’s armor effectively protected his head and upper body, but his arms and legs were exposed, and eventually he was knocked down by a pair of shotgun blasts that struck his legs. Kelly’s opponents were bewildered and frustrated by the ineffectiveness of their firearms, while the outlaw appeared in the morning mist almost as an apparition, strangely impervious to bullets.

As the bullets found the uncovered areas of his body, Kelly lost a considerable amount of blood, and the weight of his armor became difficult to manage. Each round that struck the improvised armor plate delivered a massive punch to Ned’s head or torso. When he was finally subdued it was found that Kelly had suffered more than 20 wounds. Even so, he survived to be tried and then hanged for his crimes.

His body armor became an instant legend and was the subject of much discussion in international military circles. The medieval concept of body armor had been reborn in the modern world.

Kelly’s body armor was crude, but nonetheless ingenious. The forged iron plates were said to be 6mm thick, capable of turning away the commonplace rounds of the time. The hits to the armor caused significant bruising and lacerations, as well as concussive effects. Despite this, Kelly was able to stay in the close-range fight for a surprising length of time.

Yes. A variety of plate and other armors were used in World War I.

The rapid advances of military science in the late 19th century included a new look at body armor. The idea of making a foot soldier impervious to enemy fire has always been a goal, and the consequent impact on the morale of the assault troops is an obvious by-product.