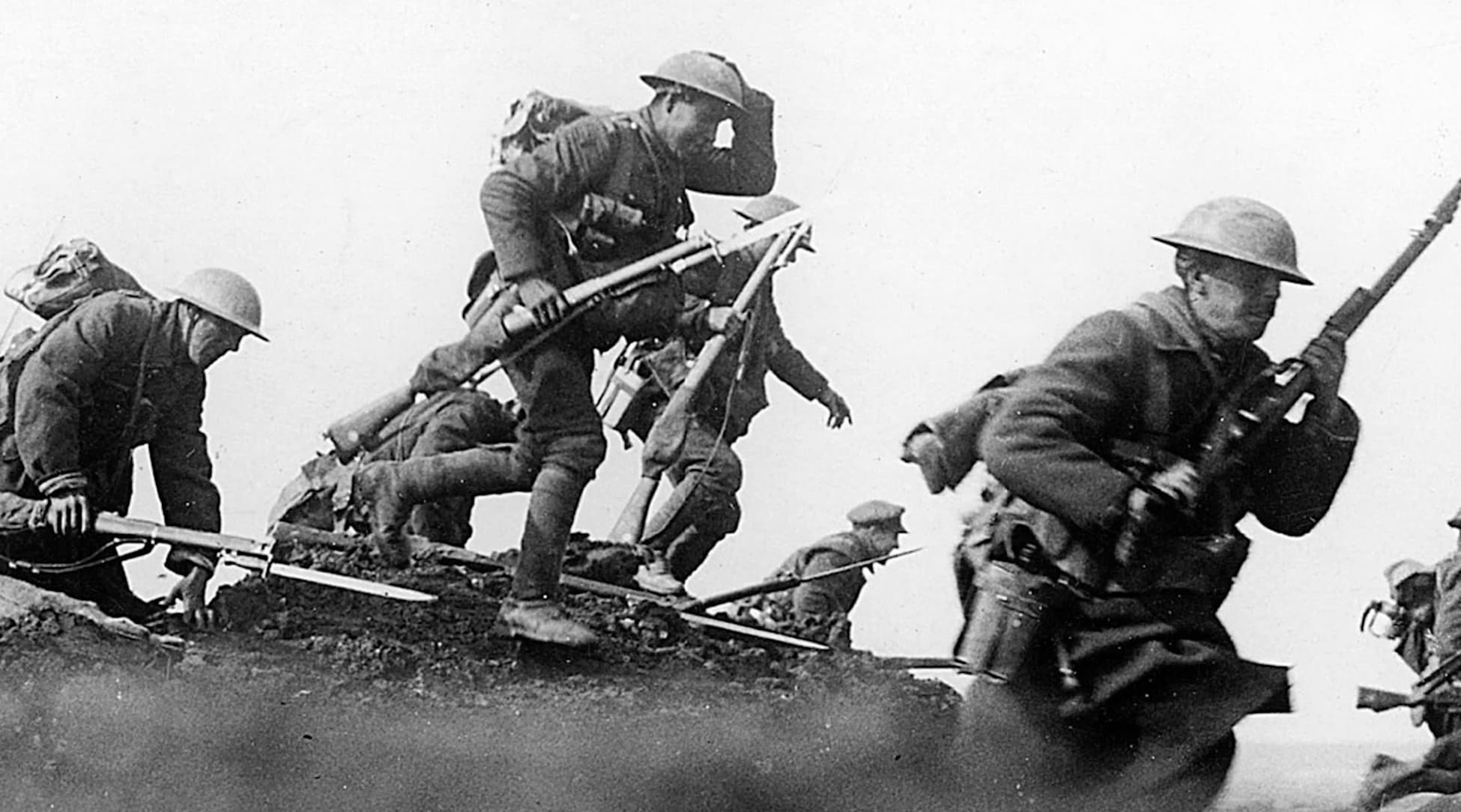 The United States and WWI

On April 6, 1917, the United States of America officially entered World War I. Over the next year and a half, millions of Americans served overseas and supported the nation’s war effort at home. Their contributions helped win the war and reshaped both America and the world.

For decades, tensions had been growing between the nations of Europe. In the summer of 1914, the heir to the throne of Austria-Hungary was assassinated, setting off a sequence of events that eventually drew most of Europe into full-scale war. The Central Powers (led by Germany, Austria-Hungary and the Ottoman Empire) fought the Allies (led by France, Great Britain and Russia) as the conflict spread from Europe to the Middle East and then to other parts of the world.

The United States remained neutral at the beginning of the war. Individual Americans supported one side or the other, although the majority was sympathetic to the Allies. Many contributed to relief efforts; others volunteered as ambulance drivers or nurses, some even as pilots and soldiers. However, most Americans agreed with President Woodrow Wilson’s commitment to keeping the U.S. out of the fighting.

Overseas, the war continued through 1915 and 1916. On the Western Front (in France and Belgium) the fighting bogged down into trench warfare, with combatants on both sides living and dying below ground in squalid, filthy conditions. Most of the other battlefronts also remained deadlocked. The opposing armies threw millions of men at each other in massive battles. Although technological advances provided new ways of inflicting death and damage, neither side was able to gain the upper hand.

Some Americans felt that their country had a duty to step in to stop the slaughter, but most believed that the seemingly endless carnage proved that the U.S. had been right to stay out of the war. 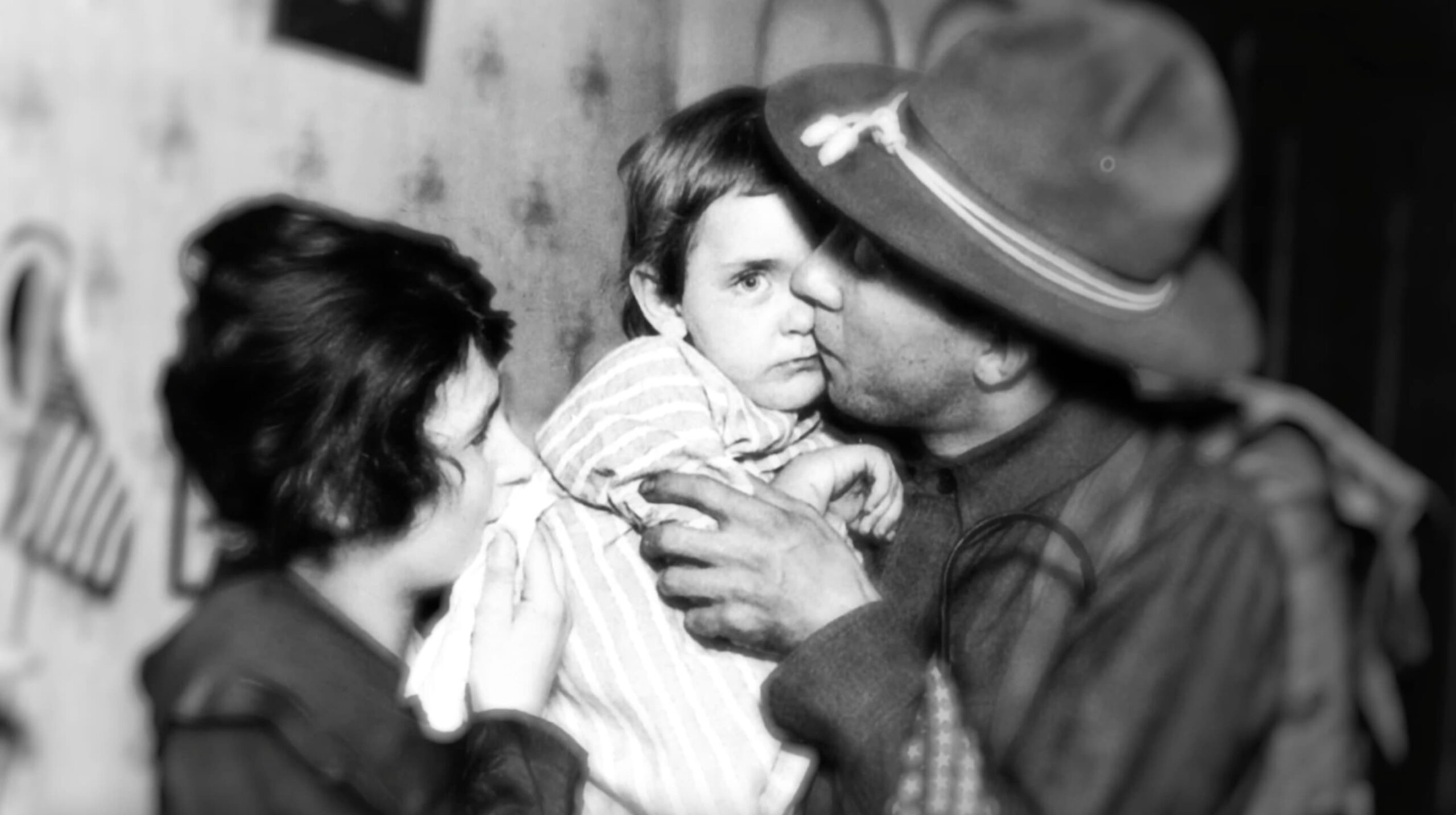 However, in early 1917, a series of events quickly changed American attitudes. Germany had prohibited its submarines from sinking civilian and neutral ships, due largely to U.S. protests. In February 1917 it resumed unrestricted submarine warfare against all ships in the war zone—including American. Shortly afterward, an intercepted German telegram revealed a plan offering Mexico territory it had lost to the U.S. during the Mexican-American War (1846-48) in exchange for its support.

These events finally brought the U.S. into the war on the side of the Allies on April 6, 1917. In the months that followed, over four million Americans of all backgrounds entered military service and prepared to go overseas. The U.S. government took an active role in mobilizing American industry and society in support of the war effort. In France, General John J. Pershing led the effort to organize millions of incoming American troops into an effective fighting force. Meanwhile, German successes on other battlefronts allowed them to focus their efforts on the Western Front. 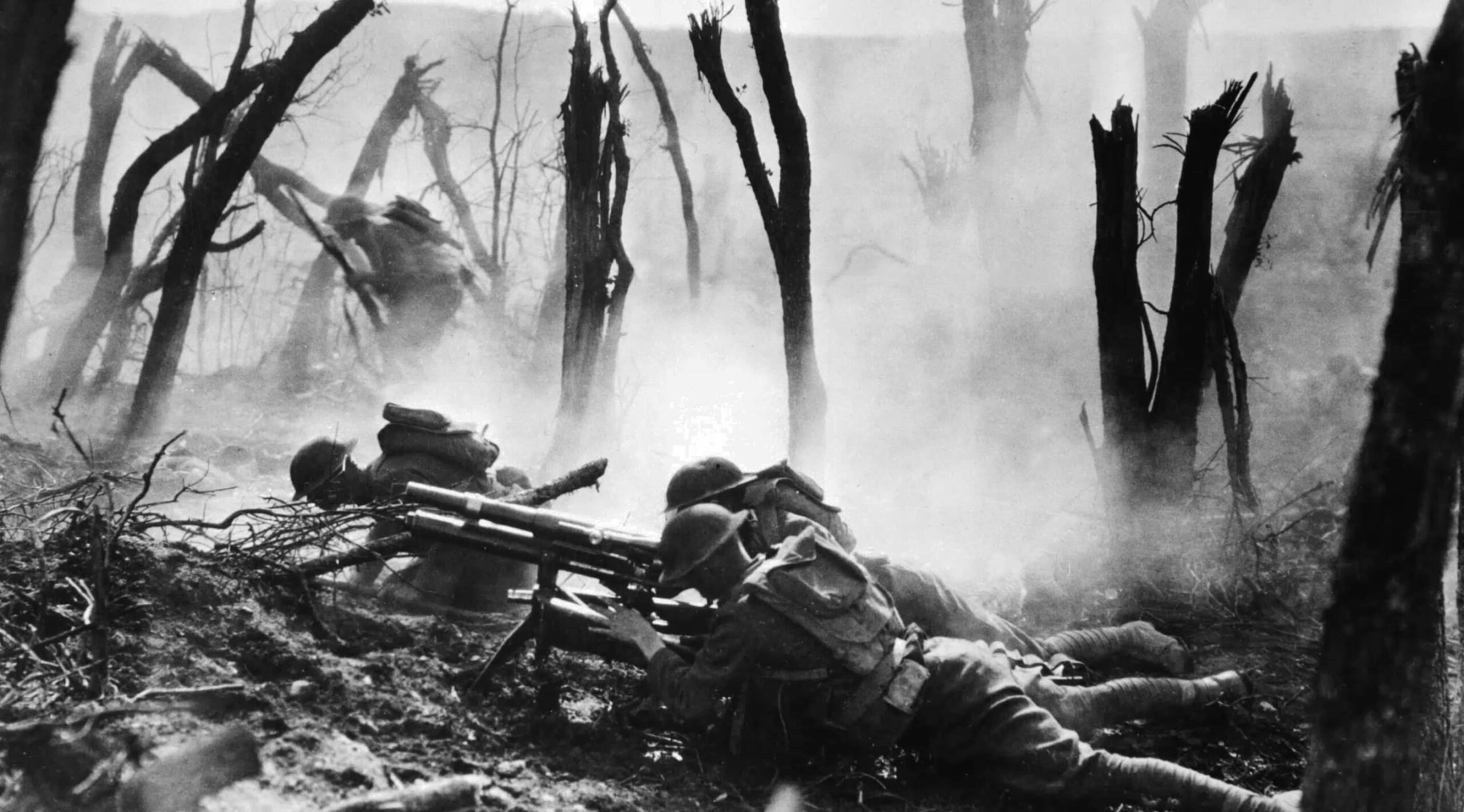 In spring 1918 the Germans launched a major series of attacks, finally breaking the stalemate and advancing all along the Western Front. U.S. forces were thrown into action and helped turn back the German assault. Over the summer and into the fall of 1918, American troops played a critical role as the Allies finally pushed back the Germans on the Western Front. As the Allies also advanced on other battlefronts, the Central Powers surrendered, one by one, until Germany stood alone. Finally, at 11am on November 11, 1918, Germany signed an armistice that brought the fighting to an end. 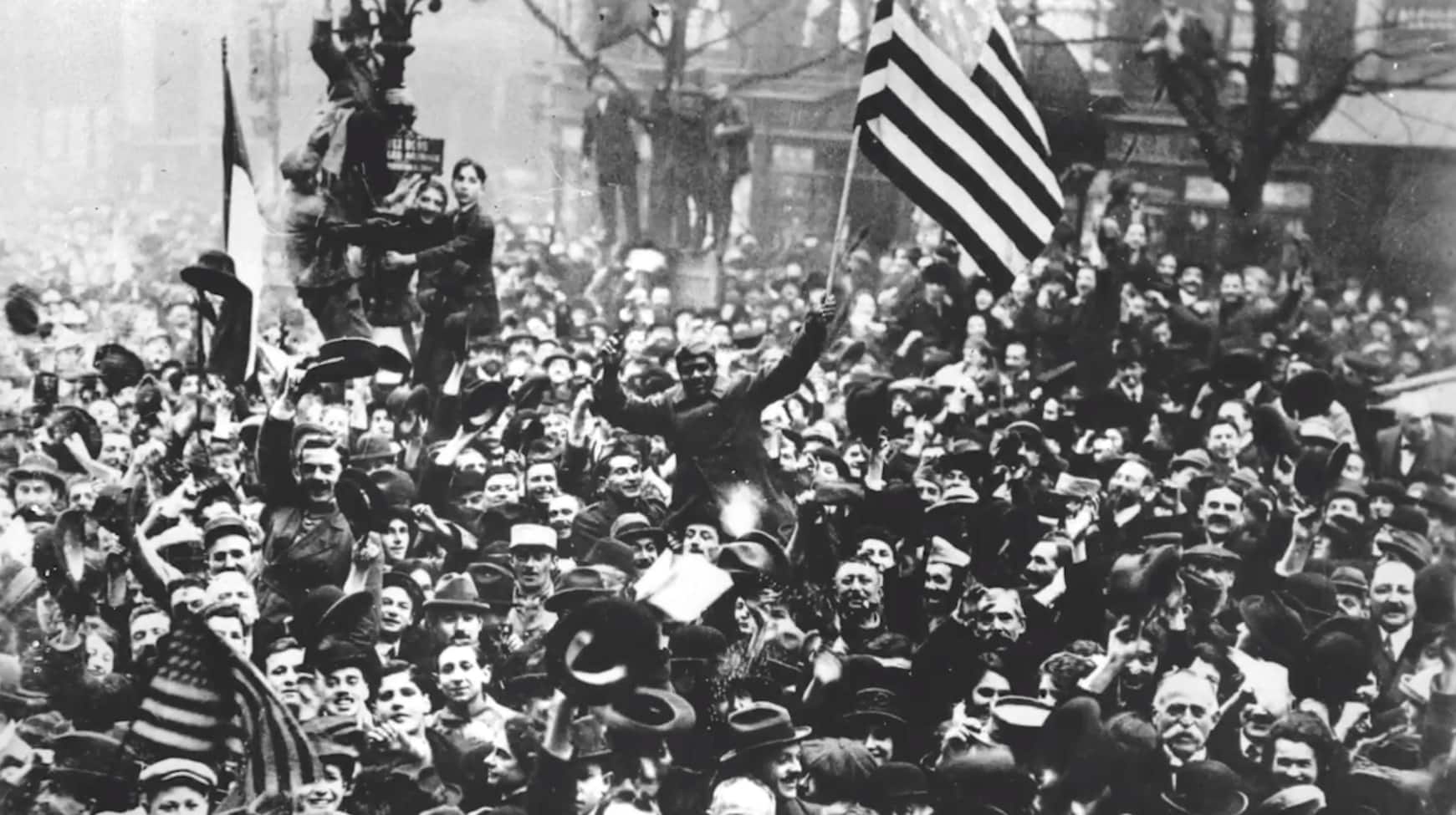 At least 8.5 million soldiers had been killed and over 20 million wounded. In America’s relatively brief involvement, it suffered over 116,000 military deaths and 200,000 wounded. More than seven million civilians died, and countless others had been injured, starved, or made homeless. On top of this devastation, a global influenza (flu) pandemic in 1918 – 1919 struck down tens of millions more worldwide.

Against this backdrop of loss and suffering, the nations of the world came together in Paris to negotiate the post-war peace treaties. People around the globe hoped that the peace conference would lead to a new era of justice and cooperation.

Unfortunately, the resulting Treaty of Versailles and its related agreements failed to capture this spirit. The decisions made in fact planted the seeds of World War II and other future conflicts.

World War I marked the end of the old European order and the beginning of an era that would be dominated by other forces, including the dramatic rise of the United States as a global force. The mobilization of the U.S. economy and society, made possible by the service and sacrifice of millions of Americans, helped bring an end to the war and laid the foundation for the emergence of the U.S. as the world’s premier superpower.

Learn more about WWI in Europe

Over 4.7 million men and women served in the American armed forces, 2.8 million of them overseas

See how Americans participated in World War I

Overseas and on the home front, diverse Americans united in pursuit of victory

Discover unknown events and surprising stories from The Great War

The legacy and the lessons of America’s decisive role in World War I continue to resonate today.

The Poppy as a Symbol

When peace returned to the battlefields at the end of World War I, so too did a simple red flower – the poppy