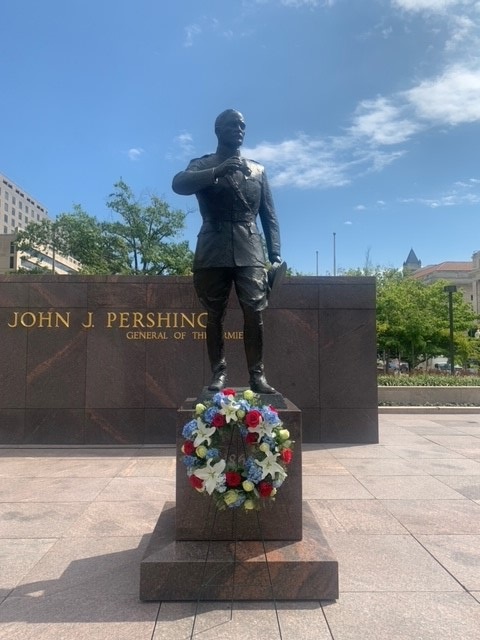 Birthday wreath at the sculpture of General of the Armies John J. Pershing at the National World War I Memorial in Washington, DC.

Wednesday, September 13, 2022 was the 162th birthday of General John J. “Black Jack” Pershing. General Pershing was born at the beginning of the Civil War and fought in the Indian wars, the Spanish-American War, headed the force that chased Poncho Villain Mexico and helped put down the insurrection in the Philippines.

He is best known as the leader of the American Expeditionary Force that entered World War I and broke the stalemate that had gone on for 4 years between the European nations.

Notably, on his 58th birthday, September 13, 1918, General Pershing was the strategist, planner and leader of the AEF and French forces at the Battle of San Mihiel, his first total command in that war. His attack drove the enemy from the French lands they had occupied. Their action demonstrated to the world that the United States was a international power that would support liberty. Less than two months later the Armistice was signed.

Representing the World War I Centennial Commission and the Doughboy Foundation, foundation Board Member Russell Orban laid a wreath at General Pershing’s sculpture at the National World War I Memorial in Washington, DC, accompanied by an “Echoing Taps” performance to commemorate the birthday. He delivered the following remarks:

:”My name is Russell Orban.

“I have the honor today to represent the World War I Centennial Commission which was authorized by Congress to restore this amazing Park dedicated to the Memory of General “Black Jack: Pershing.

“In laying a wreath we honor a veteran of numerous wars and battles who was awarded the rank of “General of the Armies” a rank held only by one other American – George Washington.

“September 13 is an auspicious date for General Pershing. We are here to celebrate his birth on this day 162 years ago. 104 years ago today, on September 13, 1918, the General Pershing led the American Expeditionary Force and a contingent of French troops in the battle of St. Mihiel… the first battle in which he had total planning & command of the force.

“The battle established United States Army as a major power with on the international stage, driving a surprised enemy out of the land it had captured in France. That battle (and others) saw the Americans help break the stalemate in Europe that had gone on for years in World War I. 2 months later, the enemy signed an armistice agreement ending the war.

“Today, this park now holds the National World War I Memorial. With this Park , this Memorial and this Wreath, we tell those who sacrificed and those who follow their lead, we will always remember what you did for our nation.”

At 5:00 p.m. that day, Daily Taps at the National WWI Memorial was played in honor of General Pershing. 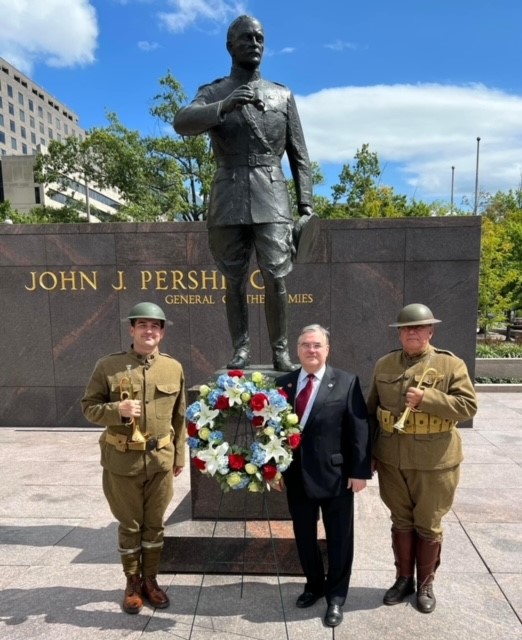 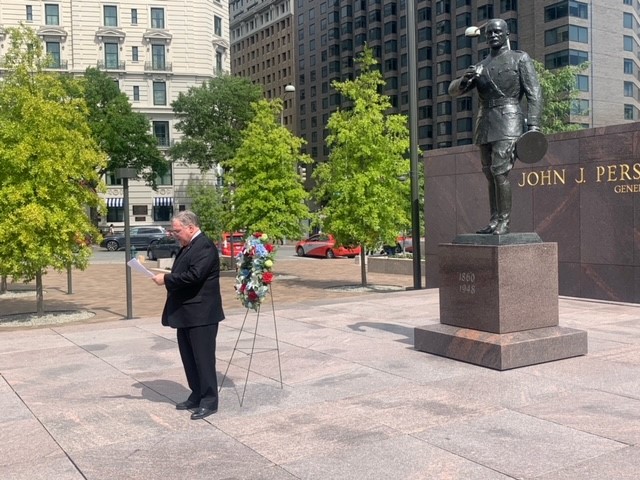 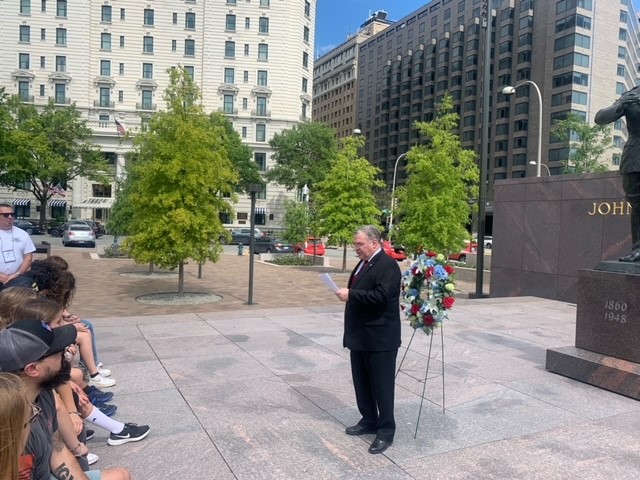 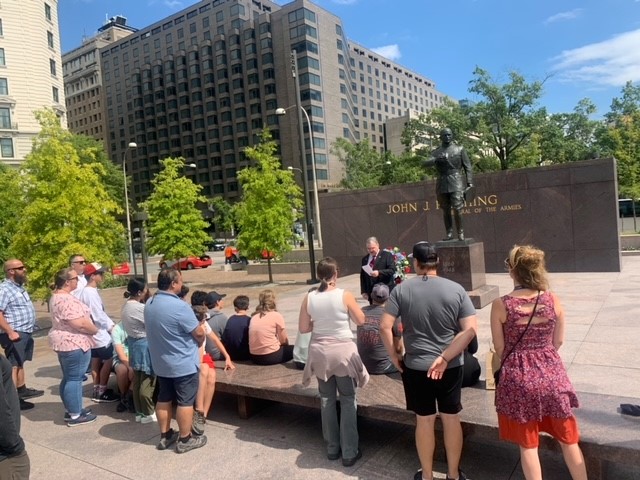 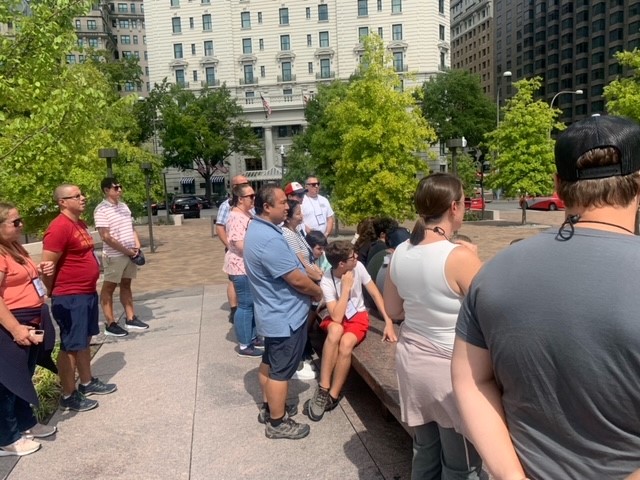 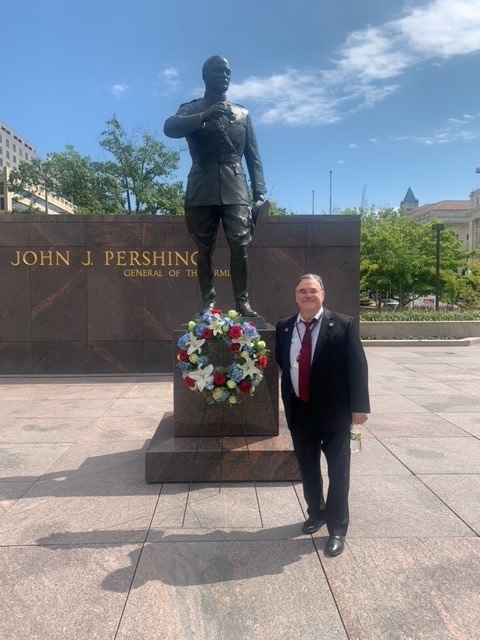