By Mark Pynes
via the Penn Live/Patriot News web site 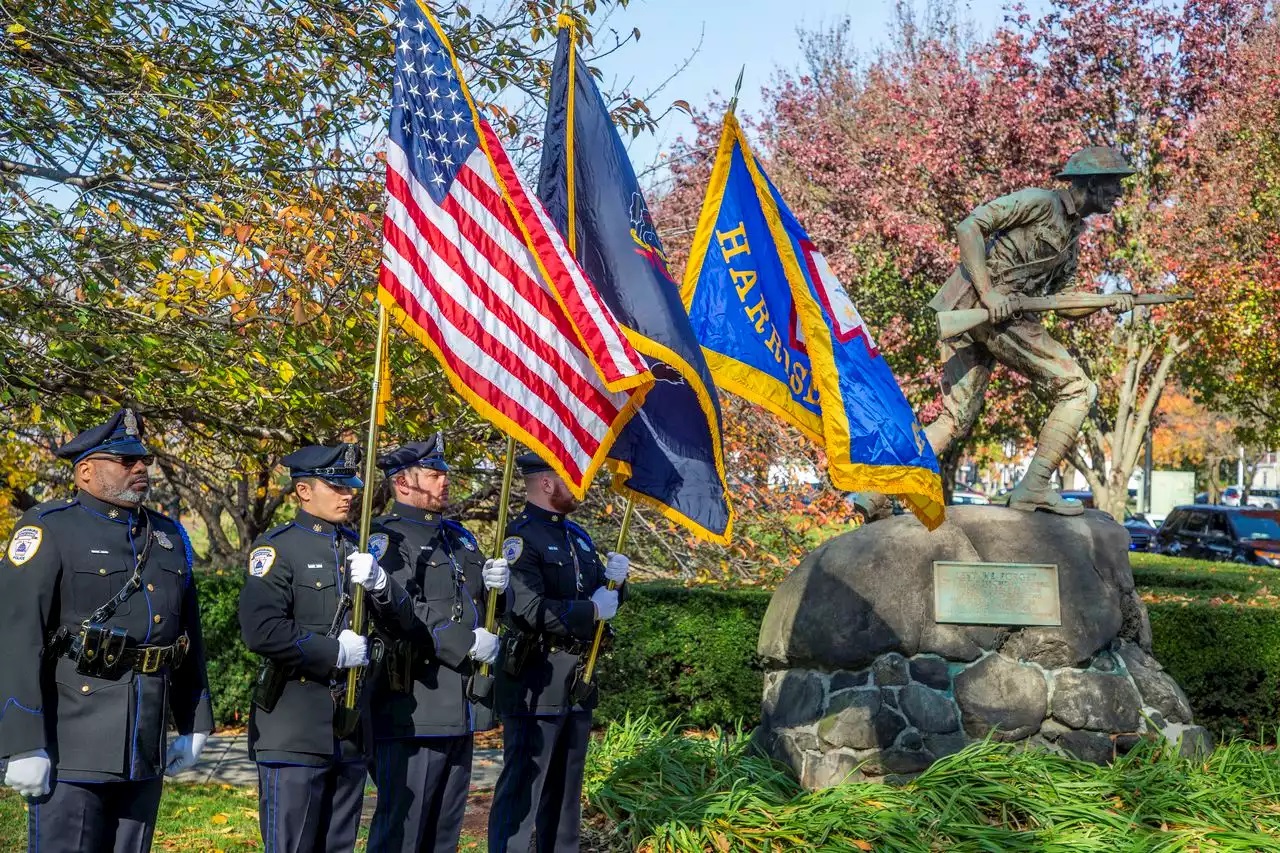 Officially called “Lest We Forget” the WWI doughboy statue at North Front St. and Cumberland St. was gifted to Harrisburg by then Harrisburg Telegraph Newspaper Editor E.J. Stackpole to honor his son and friends who had returned safely from military service in France at the end of World War I.

The statue was created by famed Rhode Island sculptor John G. Hardy, who became known for his other WWI doughboy statues.

The statue was installed in Harrisburg’s River Front Park, on a boulder from the Gettysburg battlefield. The three-ton boulder came from Little Round Top by special permission of the Secretary of War and still bears bullet marks from the Civil War battle.

Almost five million Americans served in WWI, 297,000 of them Pennsylvanians. In the 17 months that America was involved in the war 53,000 were killed in action, over 10,000 from Pennsylvania.

Harrisburg’s annual Veterans Day parade used to always end at the Doughboy statue but in heavy rains Friday morning a lone man placing a bouquet of poppy flowers, a symbol of WWI remembrance, was one of only three mourners.

Between 1975-2020 Harrisburg resident and Navy veteran Jim Bradley and his wife Mary unofficially maintained the statue, cleaning trash, planting flowers and generally looking after it. Mary passed away in 2009 and her husband Jim in early 2021.