Wilson’s Failure? The Treaty of Versailles

By Rusty Eder
via the TeachingAmericanHistory.org web site 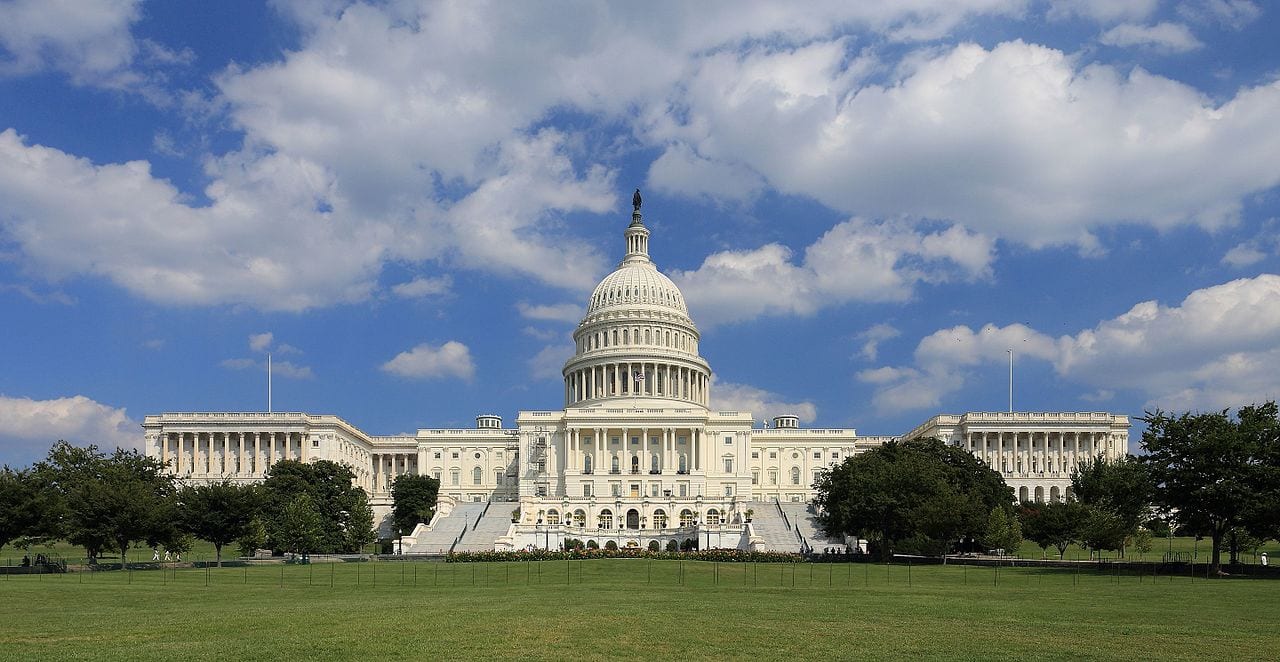 “The 11th hour of the 11th day of the 11th month…” Is there a U.S. History teacher who hasn’t recited this phrase while discussing World War I and the Armistice that promised its end? There is, however, another date worthy of mention in this discussion. It is November 19, 1919, on which date the United States Senate did something it had never done before; it rejected a peace treaty, specifically the Treaty of Versailles. Why? 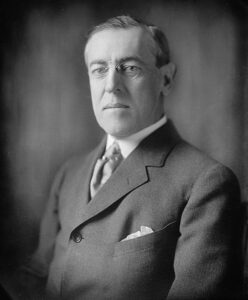 Certainly, every American wanted peace. WWI had been a horror show featuring terrible new weapons like the machine gun, the tank, and deadly gases that sent young Americans home horribly disfigured or in coffins. Why then would the Senate reject the treaty ending it all?

The answer comes in two major parts. One is a genuine reaction against Article 10 of the Treaty of Versailles (establishing a League of Nations) that conservative senators believed violated the sovereignty of the United States. At the same time, attention must be paid to the single-minded (bordering on hubristic) approach taken to the treaty by then-President Woodrow Wilson. It is hard to follow the chain of events leading to the vote without noting several serious missteps by Wilson that doomed his peace plans pretty much from the beginning.

The United States formally entered WWI in April of 1917, and by January of the next year, President Wilson had codified his plans for “peace without victory” and presented his “Fourteen Points” to Congress and the world. The initial reaction was mixed. The Allied Powers approved of most of the plan, but raised serious questions about several issues, especially freedom of the seas and reparations. Wilson, however, was nothing if not persistent. Following the Armistice, he decided to go to Paris to present his case in person (the first time a sitting president would make such a trip), demonstrating how deeply Wilson felt that he alone could present America’s position in these negotiations. 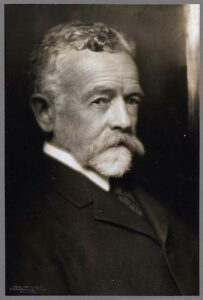 Wilson’s approach influenced the makeup of the U.S. delegation selected to participate in the Paris negotiations. (The Treaty was only signed at the Palace of Versailles; the negotiations took place in Paris.) In the mid-term elections of 1918, the Republican Party had taken control of both houses of Congress, with Henry Cabot Lodge, long Wilson’s adversary, taking the chair of the Foreign Relations Committee. Given that Article II, Section 2 of the U.S. Constitution requires treaties to be passed “with the advice and consent” of the Senate, including Lodge in the peace conference would have been a smart move by the President. It didn’t happen. In fact, no Republican was included in the negotiating team at all, nor had any been involved in crafting foreign policy in the Wilson administration.

Wilson’s sense of his personal value to the peace process only increased as he was received with great celebration and honors on his arrival in Europe. In Great Britain, he was feted at a royal dinner, the first held since the war had begun, and in Italy, American troops (and many Italian citizens) gave the President a hero’s welcome. His counterparts at the table at Versailles did not quite share such enthusiasm. For one, Wilson’s personal style grated on their nerves. French Prime Minister Georges Clemenceau was overheard to say, “Mr. Wilson bores me with his Fourteen Points; why, God Almighty has only 10!”  It’s also worth remembering that after the Franco-Prussian War, France had been required to pay heavy indemnities to Prussia in both land and gold, so it was optimistic, to say the least, to expect them to abandon similar claims after this war. Finally, there was also the feeling that while the U.S. definitely made a difference in the war, it had not suffered the losses in soldiers and property borne by the other Allies and should therefore not lecture them on the propriety of their claims against Germany.

Read the entire article on the TeachingAmericanHistory.org web site.