The story of American Intelligence starts in World War I

By Nicholas Reynolds
Special to the Doughboy Foundation web site 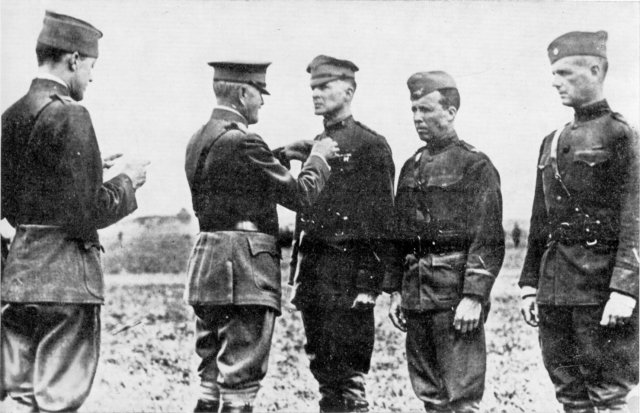 What, a book on World War II intelligence on a site dedicated to World War I?  Why?

The quick answer is that the story of American Intelligence starts in World War I, and that almost every one of the major characters in this book cut his (or her) teeth in the first world war.  To understand what happened in the second war, you need to reach back to the first war.

The American codebreaking pioneers William F. Friedman and Herbert O. Yardley are prime examples.  Before the first war, they were gifted amateurs.  Friedman was working for a wealthy patron who wanted him to search for codes that, he was convinced, were embedded in Shakespeare’s work.  Yardley was a telegraph clerk at the Department of State who would amuse himself by breaking the simple codes that President Woodrow Wilson and his adviser Colonel Edward House devised for themselves.  When the war began they both donned Army uniforms and began their lifetime careers as professional code makers and codebreakers.  Yardley would run a “black chamber” for the US government in New York in the 1920s; Friedman would reach a peak breaking Japanese diplomatic codes in 1940-1941. 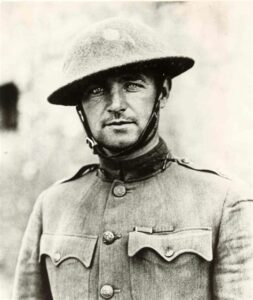 Another seminal figure, the New Yorker William J. Donovan, rose to prominence because of his heroism as a member of Pershing’s army.  At 35, already older than almost everyone else on the battlefield, Donovan displayed an innate gift for leading men in combat, and, fighting in the trenches on the western front, earned the remarkable set of awards — including the Medal of Honor — that made him stand out from his peers and provided impetus for his post-war career.  Sporting the distinctive light blue Medal of Honor ribbon, he would found the Office of Strategic Services in 1942. It was America’s first central intelligence, the precursor of today’s CIA.

Almost as important are the British intelligence pioneers who operated in the United States in both world wars and taught the arcane arts to American novices.  Sir William Wiseman, who came to New York in 1915 after being wounded on the Western Front, established a close relationship — some would say disturbingly close — with President Woodrow Wilson and his associate Colonel Edward House.  Acting as their adviser on foreign policy — who just happened to be on the payroll of a foreign power with its own interests — Wiseman helped guide Wilson and House down the path to war with Germany in 1917.  Twenty-three years later, after World War II broke out and Britain was again in need of allies, the British spy service MI 6 looked to the precedent set by Wiseman, and tried to establish a similar relationship between London and Washington to serve the crown’s interests.  Donovan’s OSS was a direct result of their intrigues.

Need to Know tells these stories, following them to their conclusion in 1945, as American Intelligence progressed from the pre-industrial to the industrial phase, from a few skilled craftsmen working largely on their own to the large, overlapping enterprises that helped the country win World War II and set the stage for the Cold War that followed.

This is a narrative that has always been in my blood. My parents grew up between the wars, and the second war became a turning point in their lives.  As kids, my sister and I could not escape the life-or-death stories they told around the dinner table. Every so often we met an uncle who had flown fighters off a carrier in the Pacific and told colorful stories about life at sea.  Or another uncle who had been a prisoner-of-war in Europe and for years instinctively protected his plate while he eat, never able to forget what it was like not getting enough to eat.  Their experiences shaped my life’s decisions, as I decided to do my own military service, followed by a career in the CIA, where I eventually wrote the script for an exhibit on American Intelligence in World War II.

After I retired, it seemed the most natural thing in the world to combine my interests in war and intelligence, and to write this book.  The enforced isolation of the pandemic didn’t hurt either — I had to do something with the time! 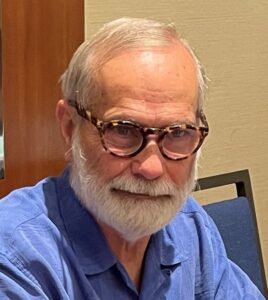 Nicholas Reynolds believes he has held two of the best niche jobs in the US Government: officer-in-charge of field history for the Marine Corps, and historian for the CIA Museum, sometimes styled “the best museum you never saw.”  Before writing Need to Know, he authored the New York Times bestseller Writer, Sailor, Soldier, Spy, Ernest Hemingway’s Secret Adventures, 1935-1961.