The heroic legacy of the Harlem Hellfighters 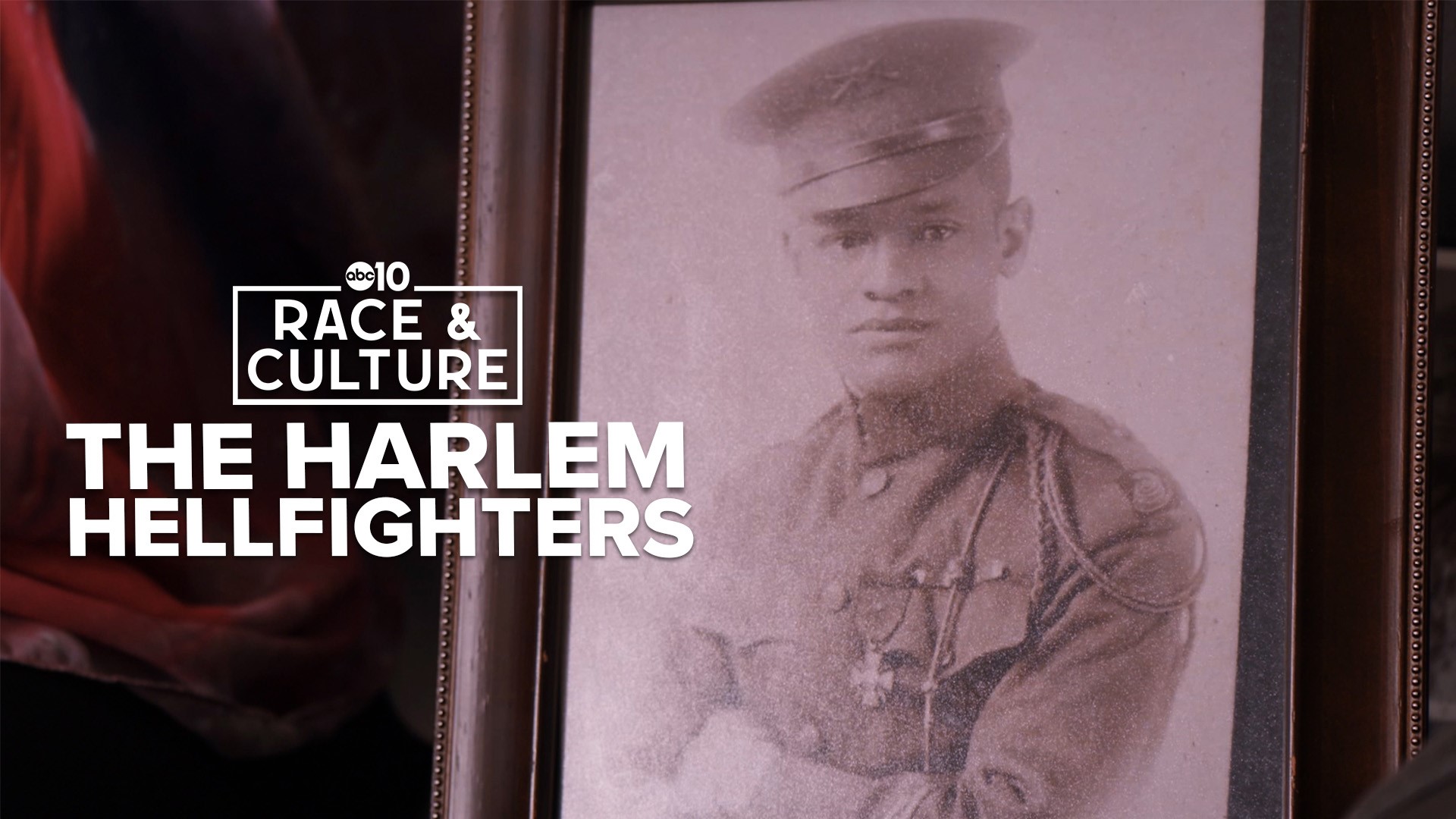 An Elk Grove woman discovers the amazing story of her grandfather, a member of the longest serving and least appreciated American fighting unit of WWI

ELK GROVE, Calif. — A few years ago, Gina McVey of Elk Grove discovered a piece of world history in her family’s past. It all started with a chance encounter at a car dealership.

“There was a gentleman in military uniform and we were both sitting in the waiting room. So, as we’re sitting there I told him, ‘Thank you for your service,’” McVey said.

In the conversation that followed, McVey mentioned that her own grandfather had fought in World War I, and left her family “a French medal” he had won. She said the man perked up and asked if the medal could possibly be one called the Croix de Guerre. When she confirmed it was, she said the man replied, “Do you know what you have? You have history.”

The Croix de Guerre was a high honor in the French military, recognizing exceptional bravery in combat. Gina’s grandfather Lawrence Leslie McVey was one of the few African American men to ever receive the medal.

Lawrence McVey’s story began in the Harlem neighborhood of New York City, where he grew up. He came of age during the first World War.

At the time, Black men were allowed to serve in the United States Army, but only in segregated units. Lawrence McVey was drafted into Harlem’s 369th infantry, a regiment that would come to be known by many names. To themselves, they were the “Black Rattlers.” The French called them the “Men of Bronze.”

But there was one name that stuck.

“The Germans were the ones who called them the Harlem Hellfighters,” Gina McVey said, “because they were scared of them.”

So, why were these Harlem Hellfighters serving under the French military?

Read the entire article on the ABC10 web site.
External Web Site Notice: This page contains information directly presented from an external source. The terms and conditions of this page may not be the same as those of this website. Click here to read the full disclaimer notice for external web sites. Thank you.