The BAR Through World War I 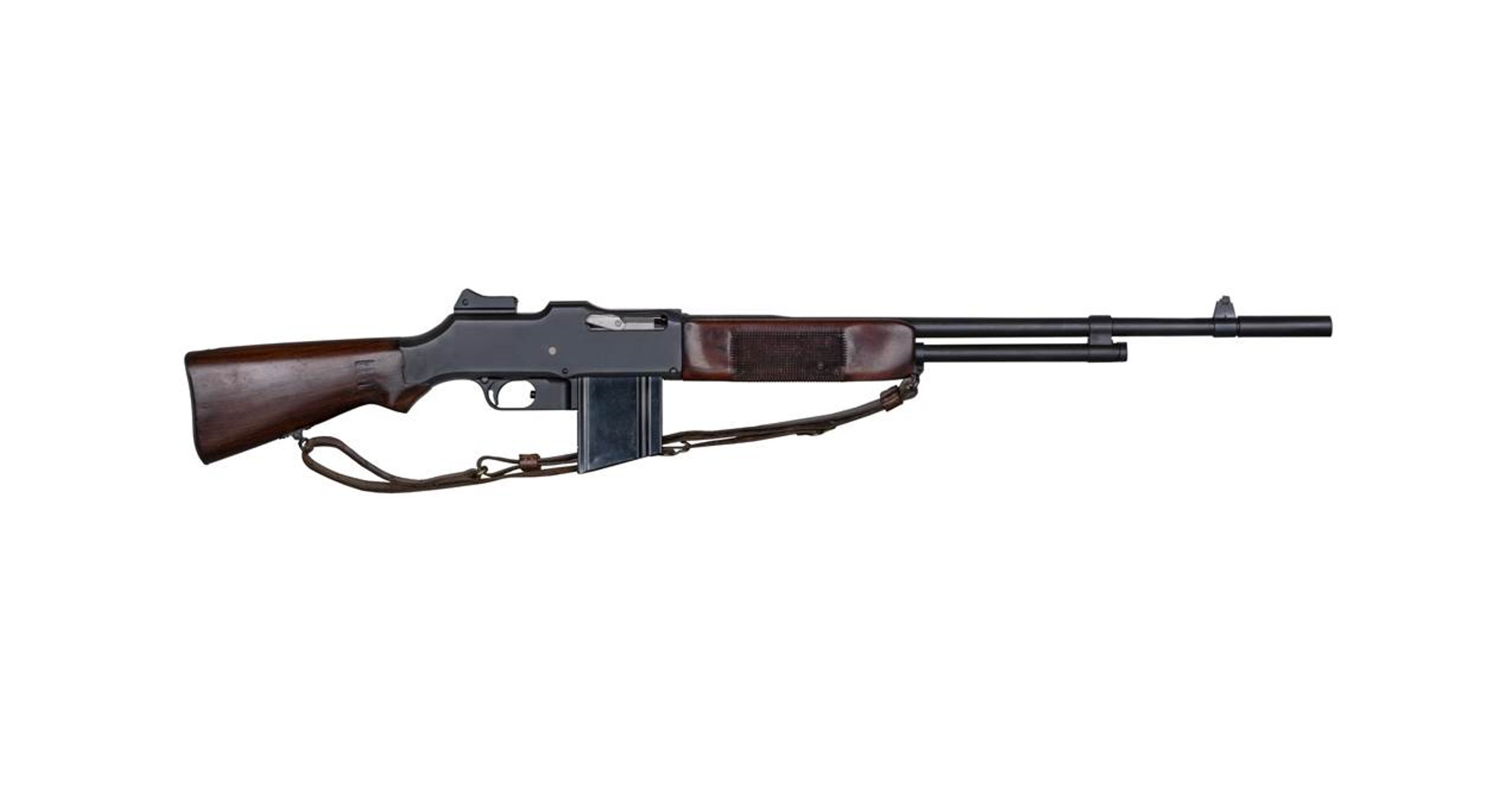 America’s first light machine gun was yet another design from the man from Ogden.

When we see John Moses Browning written out, it is usually followed with such adjectives as genius, iconic, brilliant and innovative, among numerous others. How do you adequately describe a man whose inventive genius is responsible for 128 firearms patents and dozens upon dozens of firearm models, many of which are still in production and use today?

He was born in Ogden, UT, the son of a gunsmith, and began work in his father’s shop at the age of seven. By age 23, Browning had developed a single-shot, falling-block rifle that would become the Winchester Model of 1885.

His designs in automatic firearms began in 1889, which produced the Model 1895 Colt-Browning Machine Gun, commonly referred to as the “potato-digger.” It was used literally side-by-side with the Gatling gun during the siege of Santiago, Cuba, during the Spanish-American War in 1898. Browning refined his design in 1900, and eventually produced the Model 1917 belt-fed, water-cooled machine gun in time for its very limited use during World War I.

By the time America entered World War I in April, 1917, we were woefully under-prepared as far as automatic ordnance was concerned. Machine guns at that time were of three classes, “Heavy,” “Medium” and “Light.” The German Maxim guns, for example, weighed 137 pounds and 42 pounds, respectively, for a Model 1908 and a Model 1908/15. Browning set out to develop a “Light” machine gun in early 1917—the Browning Automatic Rifle, or BAR—and demonstrated it in Washington, DC, along with his Model 1917 water-cooled heavy machine gun.

Capable of fully automatic or semi-automatic fire, the BAR was more controllable in the latter. BAR production was shared with Winchester for wartime supply.

The U.S. Ordnance Department immediately placed orders for both of Browning’s light and heavy machine-gun models. Colt’s Manufacturing was initially contracted to produce the BAR, but it was already working at full capacity manufacturing Vickers machine guns. Winchester was contracted in Colt’s stead, and was producing them within a year. The fact that Winchester was producing another Browning-designed firearm came after a 16-year rift between John M. Browning and executives at Winchester. After having an arrangement where he sold the patents for production of his previous firearm designs to Winchester, Browning went to Winchester with his first semi-automatic shotgun in 1902 and asked for additional payments in royalties for each firearm manufactured. Winchester declined, and Browning went first to Remington and then Fabrique Nationale in Belgium to have his Auto 5 shotgun manufactured.

Winchester produced nearly 9,000 BARs a month once production was in full swing. Eventually, Colt was able to turn its attention to manufacturing the BAR, too, and made 9,000 in total by Armistice Day. Marlin-Rockwell also produced the BAR, and a total of 52,000 manufactured by all three factories were delivered by war’s end, but it is thought that only 30,000 actually made it overseas.

Read the entire article on the Shooting Illustrated web site.
External Web Site Notice: This page contains information directly presented from an external source. The terms and conditions of this page may not be the same as those of this website. Click here to read the full disclaimer notice for external web sites. Thank you.