By Michael E. Hanlon
via the Roads to the Great War web site 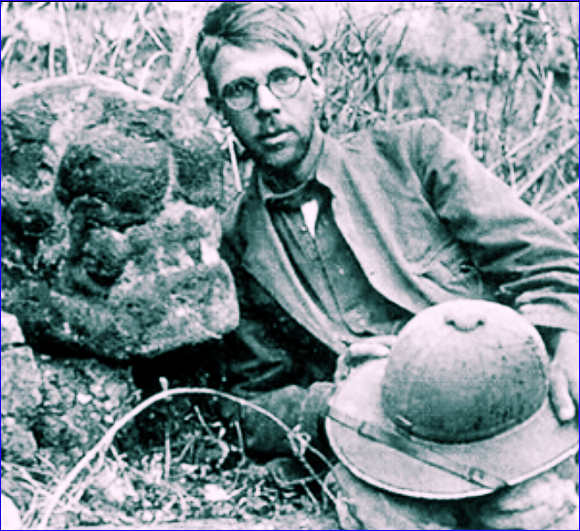 Sylvanus Morley on the Yucatán Peninsula

Sylvanus Morley on the Yucatán Peninsula.

Sylvanus Morley (1883–1948) may best be known for his excavations at Chichén Itzá, the discovery of the Temple of the Warriors and his study of the pre-Columbian Maya civilization. He also is known as Agent No. 53 for his work as a spy for the Office of Naval Intelligence (ONI) during World War I.

Colonel Benjamin F. Morley, was a professor of chemistry, mathematics and tactics at the now-defunct Pennsylvania Military College, located at Chester, PA. Although the family had moved to Colorado, the colonel encouraged his son to study engineering. Morley enrolled at PMC and graduated at the top of his class, receiving a degree in civil engineering. He then promptly enrolled at Harvard and began his study of archaeology, his lifelong passion.

After several years at the museum-affiliated School of American Archaeology in Santa Fe, NM, Morley was appointed research associate for the Carnegie Institute. This permitted him to lead a series of expeditions to Central America.

In March 1917, Morley approached ONI and suggested that specialists, including himself, in Mexico and Central America were willing to become intelligence agents using their professional activities as cover. In April, with only basic instructions from ONI and no training, he was sent to Guatemala City. His mission for ONI was to search for secret German submarine bases and build an intelligence network in Central America while conducting an “archeological reconnaissance” for the Carnegie Institute. For the next two years, he traveled more than 2,000 miles along the coastline of Latin America. As he traveled through Nicaragua, Honduras, Guatemala, and Mexico, he recruited an extensive network of agents who kept watch on the activities of German nationals.