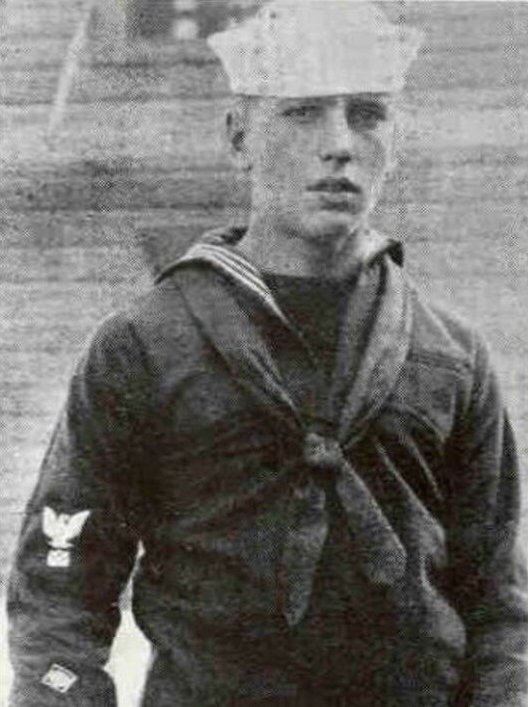 Young Humphrey Bogart in his sailors uniform during his service in World War I. Photo: the-rear-view-mirror.com “Humphrey Bogart, The Man, The Legend, The Falcon.”

Hollywood and World War I

Humphrey Bogart was born to a wealthy family, and thus throughout his childhood and adolescence only ever attended private schools for America’s most elite. Young Humphrey was a terrible student and was uninterested in applying himself in school or in extra-curricular activities.

Even so, through his family’s good connections, he was bound for Yale University as he approached the end of his high school career.1

Unfortunately for his parents, Bogart had grown to detest elitism, and had become quite the rebel rouser in his teens. It is commonly reported that Bogart would both smoke and drink on campus regularly, and he would eventually be expelled from his school in his senior year, allegedly for throwing his head master into a pond on campus. This action lost him his opportunity to attend any college, let alone Yale, and led to the optionless Humphrey Bogart to join the US Navy in 1918.2

Humphrey Bogart served on the USS Leviathan, formerly the SS Vaterland, which was a German ocean liner until it was seized and renamed by the US Navy in April of 1917.2 Aboard this ship, by most accounts Bogart was an exemplary sailor. This was quite a distinction from how he was described as a student and spent his military career ferrying US soldiers and German Prisoners of War, POWs, to and from Europe.3

As a famous actor, Bogart was iconic for the scar on his lip and his subsequent lisp, the origin of which has developed some lore to it. There are two stories that are particularly popular, the first of which was that his ship was shelled by German coastal artillery, and his lip was hit by flying shrapnel.4 The second goes as such, that while transporting German POWs to the United States for incarceration, he was the victim of a prisoner’s attempted escape, and was apparently struck in the mouth with the prisoner’s handcuffs.5

A final and third story, that seems most likely, although less interesting, is that the scar was the result of a childhood injury and the previously mentioned stories were fabricated by the Hollywood studios to help build the actor’s image as a tough guy, a persona he often portrayed in his films.6

In Hollywood, Humphrey Bogart was seen in many hit movies, the most well know of which was the all-time classic, Casablanca, nominated for eight Academy Awards, and winner of three of them, including Best Picture, Best Director, and Best Writing Adapted Screenplay. Bogart himself was nominated for Best Actor for his portrayal of the film’s main protagonist Rick Blaine, particularly well-known for the line, “Of all the gin joints in all the towns in all the world, she walks into mine.”7

Aaron Rosenthal is a Summer 2018 Intern with the U.S. World War One Centennial Commission.

Humphrey Bogart as Rick Blaine in Actress Ingrid Bergman as Ilsa Lund’s embrace. As seen in the film “Casablanca.”

Humphrey Bogart in his portrayal of Rick Blaine in the film “Casablanca,” wearing his iconic trench coat and Fedora.