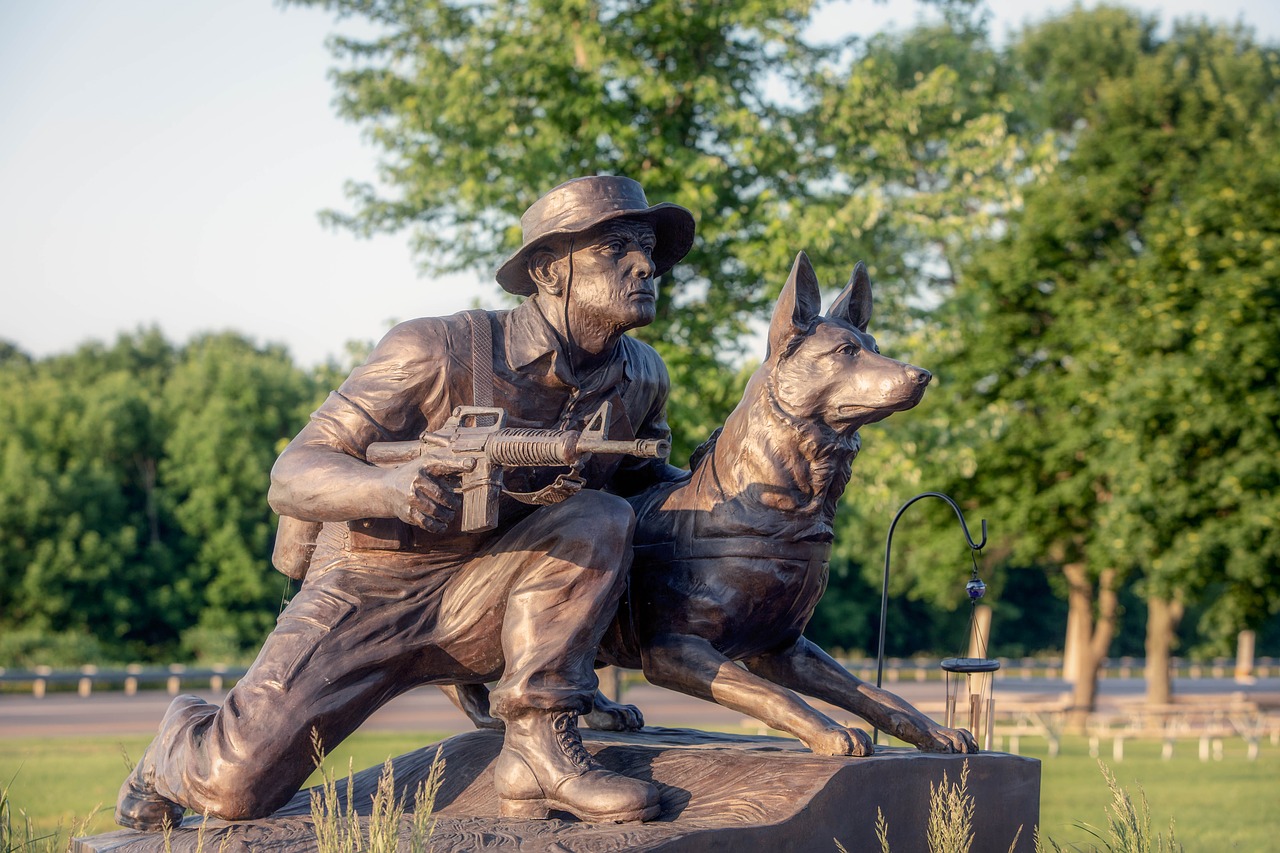 America loves their pets, and according to ownership statistics, dogs are the favorite. More than 60 million American households
own a dog, and this shows no signs of slowing down. People love to choose from good dog breeds and find the next member of their family.

However, dog’s aren’t always reserved for being a pet. They can be great guards, investigators and can play many other roles. In fact, back in World War 1, dogs had several roles that were instrumental in the success of various operations. Read on to
learn about 6 of the roles that dogs performed in World War 1.

Renowned WWI American canine hero Sergeant Stubby once saved multiple soldiers when he roused them from their sleep after a German mustard gas attack. (Via History.com.)

While dogs today are often used as guard dogs, the same could be said around 100 years ago in World War 1. These sentry dogs would often sit alongside a soldier who was on guard, and could often alert him when trouble was near. Dogs have great senses
in most cases, and these guard dogs were trained to bark or growl when a stranger approached the camp or post.

German Shepherd Casualty Dogs in World War I. If a casualty dog on the battlefield found a wounded man, it would return to friendly lines with its own leash in its mouth, indicating that one of their own was out there and in need of help. Most importantly, the dogs were able to distinguish between a dead and unconscious man. If he was dead, the dog would move on. If he were dying, the dog would stay with him. Thousands of wounded troops owed their lives to these dogs. (Via Pixabay and We Are The Mighty.)

In the battlefield, injuries and wounded soldiers were common. Another incredible role that dogs had in the war were as casualty dogs, or medic dogs. These dogs were trained extensively to be able to find hurt soldiers. They would often carry medical
supplies, which could allow the soldier to treat themselves or help other nearby soldiers treat them. The dog would also keep the soldier company during these potentially difficult times.

WWI messenger dog jumping a fence on the battlefield. Electronics have largely made messenger dogs obsolete, so it takes some imagination to realize the importance of this assignment for war dogs in prior times. During the First World War, the messenger dog was the most elite canine servant along every front, and those armies that used them significantly limited their human casualties.(Via Dog Law Reporter.)

Carrying messages was an important part of communicating during World War 1. Standard field communication was quite slow, and it was often too dangerous for people to pass messages along the battlefield due to their size and relatively slow movement.
This is where dogs came in. Trained dogs could traverse many terrains not only with ease, but also a lot of speed. They were much harder targets to see and/or hit as well. Dogs were also very dependable and reliable, if they were trained well enough.

Two American soldiers captured a pair of German dogs during World War I. The canines were renamed Crown Prince and Kaiser Bill. The men, wounded in battle, posed with the dogs before returning with them to the United States. (Via History.com.)

Being aware at war, many soldiers yearned for even a small slice of normalcy or a reminder of home. For many of them, having dogs around gives them the sense of home that they were craving. The psychological comfort provided by these dogs was very
important to the mental health of many soldiers. These dogs could have a very positive effect on the morale of soldiers, as well. While this might not have been as practical as some of the other roles, it was just as important.

Many different dog breeds are well known for their tracking abilities. As you could imagine, these abilities were seen as very useful and
important during World War 1. They could track a variety of things if trained, but one of the most common and useful roles they had in terms of tracking was detecting explosives. Tracking down soldiers for a variety of reasons was another thing that
they were often used for.

World War I dogs, especially terriers, proved to be productive rat hunters. That was an invaluable skill in the war’s rat-infested trenches. Here, a terrier poses with some of his kill near the front lines of France in May 1916. (Via History.com.)

In the trenches of war, it was all too common for soldiers to have to deal with rats and other pests. They were annoying, potentially carried diseases and there were a ton of them. Instead of soldiers focusing their attention on these, they would
often have dogs come in and handle the pests. They are effective rat catchers, and this could allow soldiers to focus on the task at hand without distractions.

We hope that this article has helped you learn a little more about some of the incredible roles that dogs were able to play in World War 1.

External Web Site Notice: This article contains information directly presented from an external source. The terms and conditions of this page may not be the same as those of this website. Click here to read the full disclaimer notice for external web sites. Thank you.