By Andrew Capets
Special to the Doughboy Foundation web site 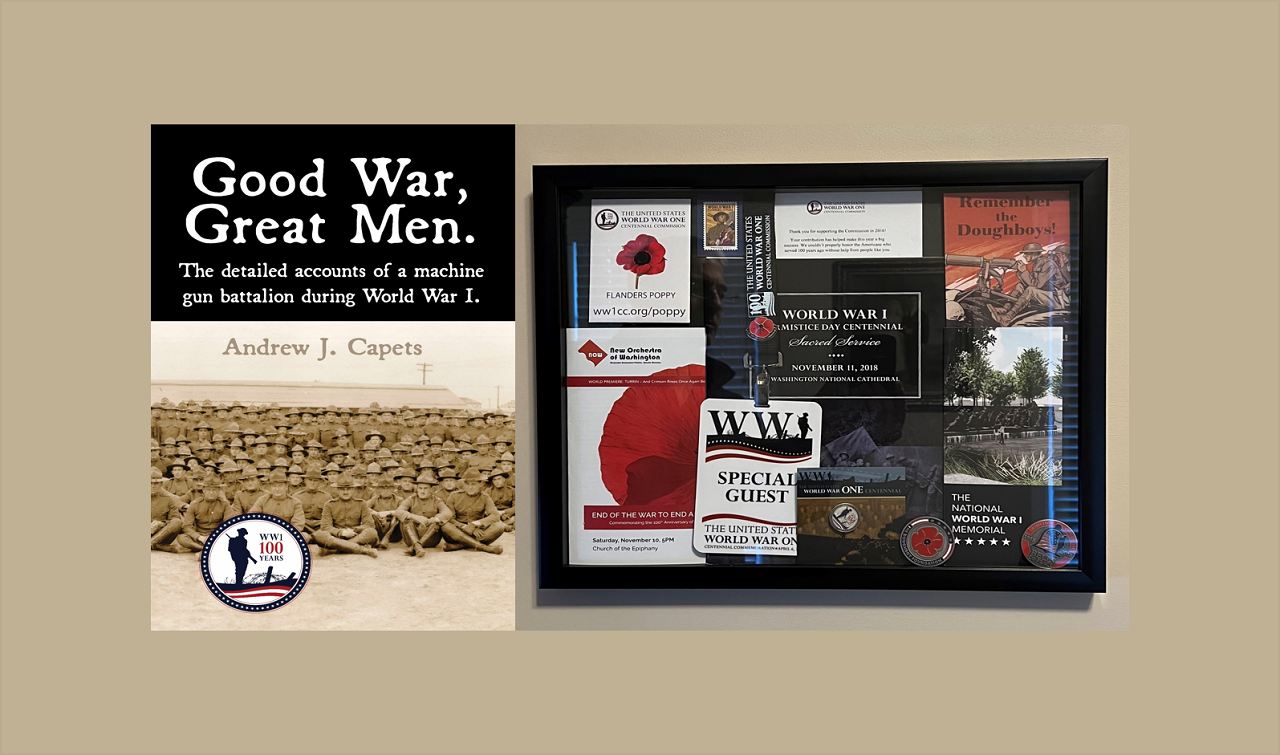 Andrew Capets, author of the book 'Good War, Great Men' shares the shadow box that "represents a collection of mementos I've collected as an active participant in this important centennial, beginning with 'In Sacrifice for Liberty and Peace' held in April 2017, at the National World War I Museum and Memorial in Kansas City, leading up to the 'Sacred Service' at the Washington National Cathedral on November 11, 2018. It's my small vestige to personally honor the national efforts to get our Doughboys the memorial they deserve in Washington, DC."

Thirty-one years after the Great War ended, a 67-year-old physician sat down and wrote a letter to his father recalling “one of the most trying days my young life had to that time experienced.”

As he dated his letter October 4, 1949, he was remembering a day on the battlefield in France when he was the battalion surgeon tending to the gassed and wounded, incoming enemy shells tore up the ground around him. The details he wrote down were so vivid that one might have thought the events happened only a few weeks earlier. 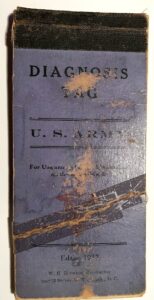 The letter was written by Dr. Bernard L. Jarman (1889-1962), and it became apparent that he had been carrying these heavy thoughts with him all those years later. The letter was shared with me by his great nephew, John Armstrong, while I was researching stories for my book “Good War, Great Men” that focused on the 313th Machine Gun Battalion, in which Jarman had served.  I was in search of firsthand accounts that could help me better understand the days my grandfather spent during the war. Jarman’s personal account gave a rare glimpse into a day when men of his unit had suffered terribly, and for some families, it would provide a new understanding of what took place on that battlefield a century ago.

Jarman wrote, “I stooped down in a shallow trench partly filled with water contaminated with mustard gas, an enlisted man was on each side of me. A little post was on the edge of this trench for telephone wires. At first, I got behind it, but for some reason that I will never know, I moved up just a foot. Then the man below me moved up to where I had been, thus we three were all so close together that we just about touched. Then a shell hit about 2 feet from us making a large hole and fragments of steel scattered in every direction when the shell exploded. The man behind the post, partly protected as he thought, was instantly killed. Had I not moved up I guess this fate would have been my fate, it was just that distance, of less than 2 feet, which has me here today.”

Jarman recorded the names of those men killed or wounded in a “Medical Diagnosis Tag” book. A strand of wire was attached to a piece of linen paper that would have been affixed to the soldier, and a carbon copy of the details remained in the tag book. The first entry reads, “October 4, 1918, Jos H Parsons 1st Lt DRC Killed Shrapnel.”

Not long after my book was published, I soon began to receive emails and phone calls from descendants and family members related to this battalion wanting to express their gratitude for the history. To my surprise, I also started to receive photographs, and various relics from the era related to the unit, some of which I knew I could not keep. One item was sent to me by John Armstrong, it was his great uncles medical tag book. 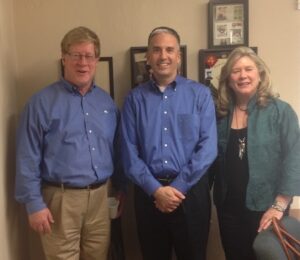 In 2017, I was joined by Molly Lundquist and Chris Thomas, the great niece and nephew of Lt. Parsons. I read Jarman’s letter aloud as they listened to the first-hand account of their great uncle’s final moments, this while holding in their hands Jarman’s medical tag book. It was perhaps one of the last physical items that would have been on the battlefield the moment of his death. Having spent countless hours researching the lives of these men, getting to know their personal history, it was an emotional conversation, sharing such intimate details with the family. As researchers, we develop a fervent admiration for these Doughboys; they are no longer just random names of men on a roster.

Joseph Harold Parsons (1894-1918) was a former dentist who practiced in Erie, Pennsylvania, before the war. The tag book with his name, along with the names of fifteen other men killed or wounded, many of whom were from Erie, was donated to the Erie County Historical Society. I thought it only fitting to pass this very personal war relic on from John Armstrong into a collection where future generations may have access to the book to complete their own research and possibly learn other stories of those who served.

One other encounter I would like to share came after a book presentation that I gave in Trafford, PA, before the Trafford Historical Society. A gentleman named Byron Bigelow approached me before my talk and mentioned that he recognized the 313th Machine Gun Battalion as the unit his neighbor served in during the war. Byron listened to the presentation, purchased a copy of the book, then called me the follow day. 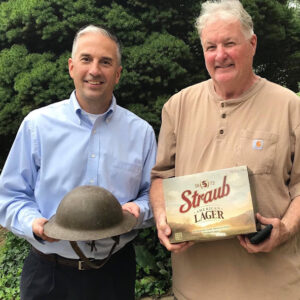 He told me the story of when he was a kid “playing Army” in the backyard and his neighbor, Harry Aukerman (1894-1972), gave him his Doughboy helmet to wear. Aukerman was a member of the 313th Machine Gun Battalion, gassed during the Meuse-Argonne battle on October 7, 1918, survived the war to return home to Irwin PA. When Bryon called me the next day he said, “I have Harry’s helmet. I think this helmet belongs with you.” I was shocked. But then he said, “there a catch.” It involved a trade. He said, “A case of beer.” I said, “What kind?” He said “Straub Lager, cans.” I replied, “Deal.” And just like that, this historic relic was passed along, and a new friendship formed.

I don’t believe these encounters to be unique within the community of those who appreciate this history. There is something about sharing the stories and record of the Great War with others that creates a bond of admiration enveloped around wanting to understand more about those who served. I was honored to have my book accepted as an official project of the Centennial Commission and feel genuinely privileged to have participated in various events that took place during the centennial. I know that I will continue to research the stories of that era long after the unveiling of the National World War I Memorial in Washington DC and hope to inspire a new generation who has yet to discover the story of our Doughboys.