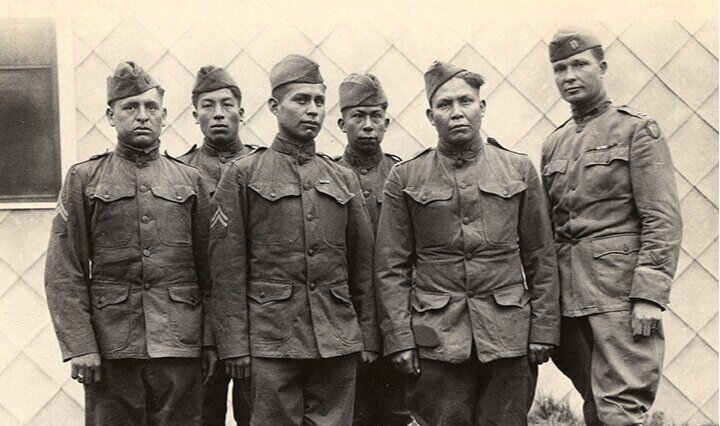 William C. Meadows "has written a much-needed addition to the literature of the First World War, the goal of his book is to call attention to the first code talkers, who have been overshadowed by the code talkers of World War II."

By David Retherford
via the thestrategybridge.org web site

Meadows has written a much-needed addition to the literature of the First World War, the goal of his book is to call attention to the first code talkers, who have been overshadowed by the code talkers of World War II. This aim was achieved by asking and then answering the following questions: “First, why were Native Americans chosen as code talkers? Second, what made them successful? Third, were they effective and to what extent did their service contribute to the end of the war? Fourth, what impact did they have on the U.S. Military?”[1] These questions are the main drivers of Meadows’ recognition of the critical work of Native American soldiers during the First World War. Meadows’ book focuses on the details of individuals and their influence on the Choctaw Nation, such as their experience at Indian boarding schools prior to entering the military. Meadows states that the boarding school experience for Native Americans was in many ways not that different from military life. The students learned English and were punished when they spoke in their native tongue.

“Native Americans served as secure communicators on the frontiers in two world wars. In that role, they provided protection for tactical voice communication to foil enemy eavesdroppers. Their skillful manipulation of language gave U.S. forces a level of security and a speed of secure communications that otherwise would not have been possible. The actions and innovations of the Native American Code Talkers in combat saved thousands of lives and enabled the success of many operations. The induction of Native American Code Talkers into the NSA/CSS Hall of Honor is intended to remember all code talkers, known and unknown.”[2]

The First Code Talkers is different from other academic books in part because of its singular focus on the Choctaw Nation and the underlying notion of recognition. The activities of this little-known group set the precedent for the use of the Navajo Code Talkers in World War II. Thomas Britten authored American Indians in World War I: At War and at Home in 1999 which covers some of the same subject matter as Meadows’ book, though it does not compare to the level of detail offered in this new volume. Britten and Meadows’ books do overlap on the question of whether Native Americans should automatically be citizens. Both authors concurred that the consensus among Americans was that Native Americans were not citizens. Meadows stated that according to the Burke Act of 1906 the United States government was given the discretion to grant citizenship to Indigenous Americans.[3] Britten stated that by 1917 over one third of Native Americans were not citizens.[4] Generally, Britten’s book was an overview of the cultural history of American Indians before, during, and after the First World War. Britten’s book is for the generalist reader, whereas Meadows’ book is meant not only to tell a story, but also as a reference for researchers, including four appendices with timelines and detailed biographies for quick reference.