Orange County remembers 40 who died in World War I battle 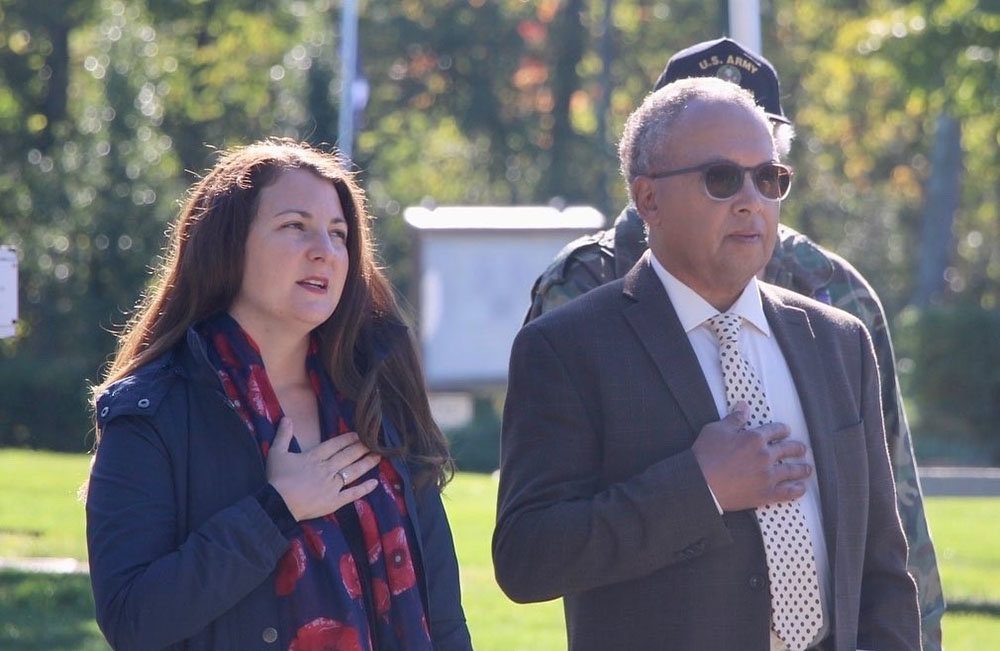 Orange County Executive Steven M. Neuhaus and the County’s Veterans Service Agency (VSA) hosted a ceremony on Thursday, September 29 to honor the 40 County residents who died more than 100 years ago on the same day during World War I.

The 40 Orange County residents served in Companies E and L of the 107th Regiment of the 27th Division and were killed in action during the Battle of the Hindenburg Line in Northern France.

Dr. Jeffrey Sammons, a professor of history at New York University (NYU), was the guest speaker at the event. He spoke about the Harlem’s Rattlers, the 369th New York Infantry Regiment. Later nicknamed the Harlem Hellfighters, the unit was a World War I regiment of soldiers of African American descent from New York City, the Hudson Valley and parts of Orange County.

“The Battle of the Hindenburg Line is one of the most famous engagements that occurred during World War I,” Neuhaus said. “We will never forget the sacrifices that these 40 soldiers made in defense of the freedoms we all enjoy every day in America and here in Orange County.”

After an intense, 56-hour-long attack, Allied forces breached the Hindenburg Line, the last line of German defenses, on September 29, 1918. The Hindenburg Line was a heavily fortified zone running several miles behind the active front between the north coast of France and Belgium. By September 1918, the Hindenburg Line consisted of six defensive lines approximately 6,000 yards deep, equipped with lengths of barbed wire, concrete emplacements and firing positions. Breaking through the Hindenburg Line helped the U.S. and its allies win World War I, which ended on November 11, 1918.

“September 29, 1918 serves as one of the darkest days of our County’s history due the loss of so many soldiers who made the ultimate sacrifice on the same day,” said Christian Farrell, Orange County’s VSA Director. “Whether it’s more than a century ago, or just a few months ago, we will always remember our fallen heroes.”

Read the entire article on the Times Hudson Valley web site here: External Web Site Notice: This page contains information directly presented from an external source. The terms and conditions of this page may not be the same as those of this website. Click here to read the full disclaimer notice for external web sites. Thank you.