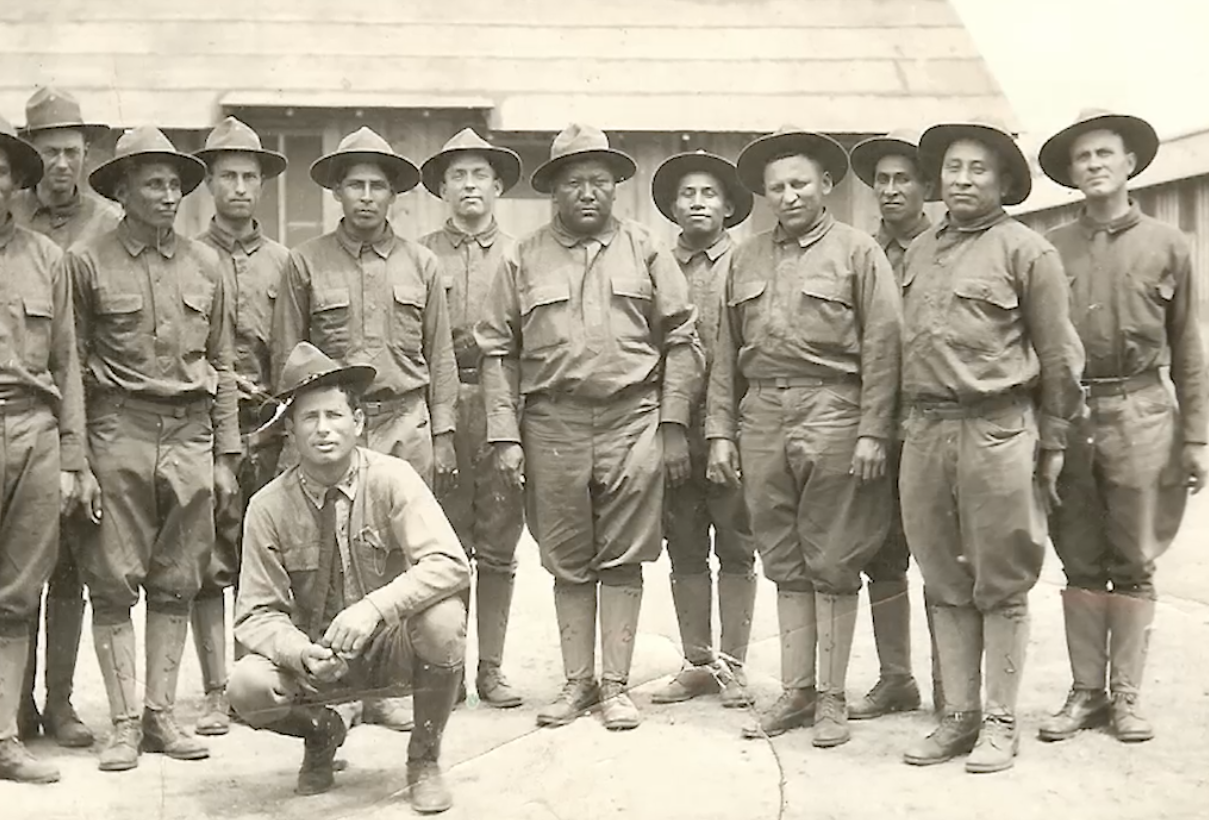 Despite poor treatment by the U.S. government, many Native Americans contributed to the war effort, in uniform and on the homefront.

When the U.S. began drafting men into the military, most American Indians were not considered to be citizens, and were therefore not subject to conscription. However, they were required to register for the draft, which caused confusion, resentment and even outright rebellion.

Despite these issues, 6,500 Native men were drafted, and about 5,000 more enlisted, eager to carry on the warrior traditions of their tribes. The Onondaga and Onieda Nations even declared war against Germany. Fourteen American Indian women served in the U.S. Army Nurse Corps.

In combat, Native Americans often volunteered for dangerous positions, such as snipers and scouts, and won praise for their bravery and skill. The cost of this courage was high: about five percent of Native soldiers were killed in combat, compared to one percent for U.S. troops overall.

Although speaking native languages was discouraged or even punished in the U.S., many American Indians were fluent in their native tongue. Cherokee and Choctaw troops used their language to securely transmit communications that the Germans could not understand. These soldiers were the precursors to the better-known Code Talkers of World War II.

Native Americans supported the war on the homefront as well. They purchased $25 million in war bonds, equal to $75 for every American Indian. Others supported the Red Cross and other relief organizations.

However, during the war, the loss of Native land increased, as cattle and sugar beet companies convinced the federal government that they needed more land to support the war effort.

Nonetheless, Native American contributions to the war helped win them greater rights as Americans. Congress granted citizenship to all Native veterans in 1919, and to all American Indians in 1924.