Memorials for the Fallen

By Raphael Spatz
via the University of Würzburg (Germany) web site 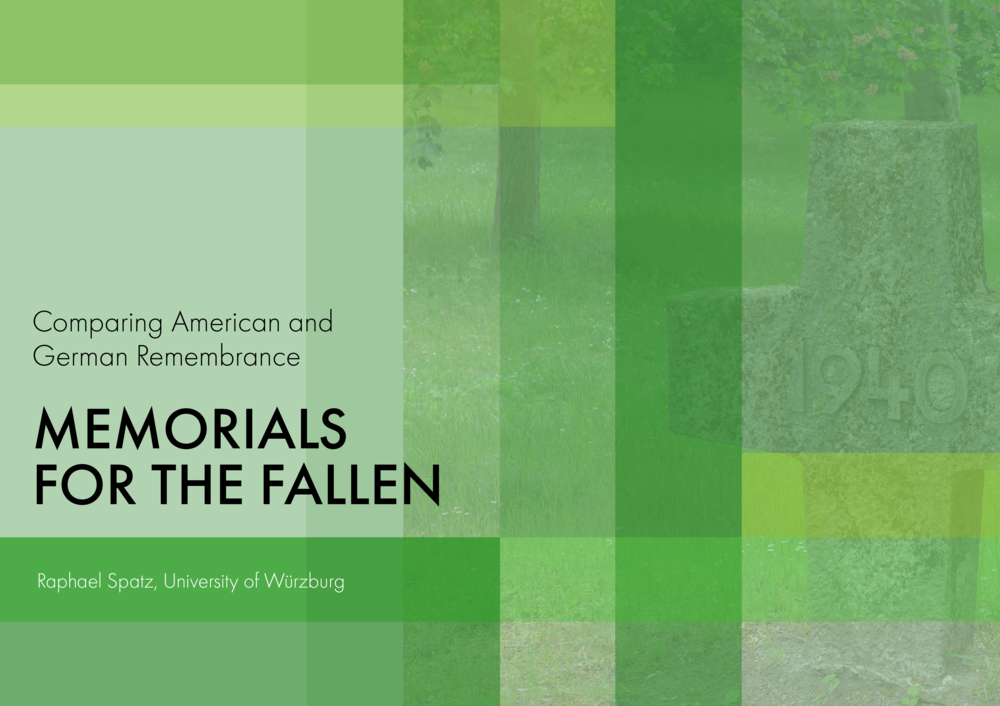 Comparing American and German Remembrance Based on Memorials for the Fallen

The following essay will introduce you to four separate monuments. Two of them, the Studentenstein (Student-Stone) and the Kriegerdenkmal (Warrior-Memorial) are located in Würzburg, Germany. The other two, the National World War I Memorial and the Liberty Memorial are located in Washington D.C. and Kansas City, respectively.

The intended purpose of this essay is a comparison between these American and German monuments dedicated to the First World War. The questions we asked were the following: Who are and were these monuments dedicated to? Who wanted the memorials to be built in the first place? When were the memorials built originally? How are the memorials designed and why are they designed that way? Have they undergone any changes both in design or dedication? And what is the public’s opinion regarding these monuments?

The Studentenstein (Student-Stone) is a 22t cube of granite from the Odenwald. Today it is located in the Ringpark in the city of
Würzburg close to the Studentenwerk. It was presented to the public in 1927 during the 10th German Student Day. The memorial
was originally located close to the Huttenschlösschen.

Not only its location but also the external appearance of the Studentenstein has changed throughout its existence. When the
monument was first presented, it initially consisted of a large cube that was placed on four smaller cuboids. On this large cube there
was a pyramid roof, the top of which was adorned with a golden eagle. The cube was also decorated with two engravings. On the
front was a picture of hands arranged in a semicircle reaching for a sword. On the back there was an inscription dedicated to the
fallen students of World War I. It read “Deutschland muß leben, und wenn wir sterben müssen. Die deutsche Studentenschaft
ihren Gefallenen“ (“Germany must live, and if we must die. The German student body to its fallen”). Under this inscription there
was a symbolic German oak with the years 1914-18.

Read the entire essay on the University of Würzburg web site here: