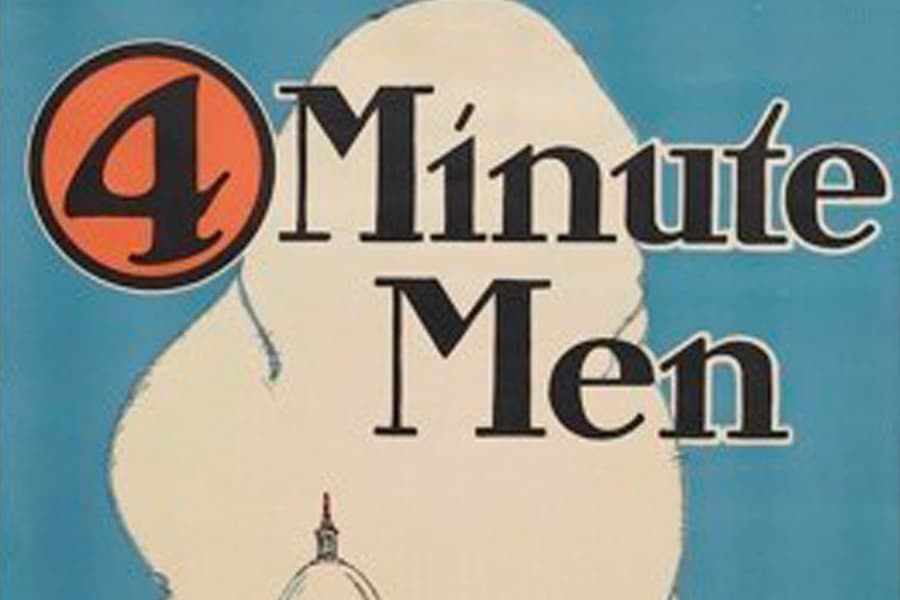 With the declaration of war in April 1917, Wilson understood that in order to maintain public support for the war, the U.S. government needed to create an agency for that purpose.

Wilson established the Committee on Public Information (CPI) soon after the declaration of war. This independent agency would be solely responsible for interpreting and creating messages about the home front and the war.

Creels’ previous career as a journalist influenced the Committee on Public Information’s method of information gathering, and he emphasized that it based its message on factual evidence rather than embellishment. However, the CPI still portrayed its
messages in a positive light.

One specific practice Creel developed was the Four Minute Man program whereby public speakers gave a four minute presentation on multiple topics in social settings. This formal, personal tactic combined with a deluge of daily propaganda through news
and radio, demonstrated the effectiveness of the CPI propaganda methods.

Simultaneously, Creel argued that what the CPI practiced was not propaganda, but that it was meant to educate people rather than to willfully deceive. Creel believed that German propaganda was filled with unsupported lies while the CPI went to great
lengths to ensure truthful accuracy.

Despite this, however, messages still were crafted to show only the positive aspects of the American home front and the viciousness of the enemy.

The CPI employed more than 70,000 people during its tenure.