The ‘Devil Dogs’ at Belleau Wood 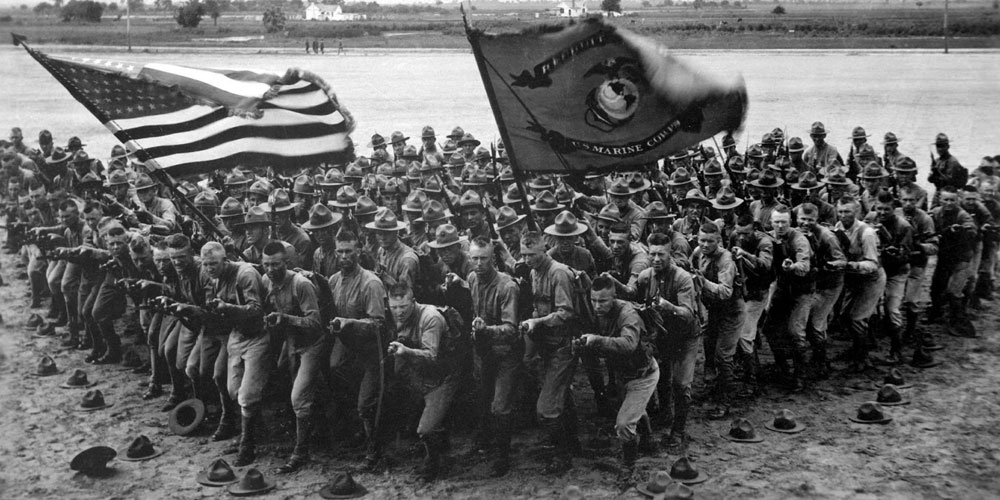 Most of America’s troops in France were soldiers in the U.S. Army. However, 30,000 U.S. Marines (officially part of the Navy) made important contributions to victory on the Western Front.

Marines had arrived with the first U.S. troops in June 1917. By March 1918, nearly 10,000 were in France. Most were organized in a brigade under the U.S. Army’s Second Division.

On June 1, the Marine brigade went into action near Belleau Wood, along the Marne River. Despite being told to retreat, the Marines dug in and fought back a German assault. They then attacked to push the Germans out of the woods. For three weeks, the Marines battled the enemy head-on. Due to their inexperience and the strength of the German positions, Marine casualties were high. But after 20 days of brutal fighting, the Marines controlled the wood.

According to legend, the Marines at Belleau Wood were called “Teufelshunde” or “Devil Dogs” by their German opponents. The nickname endures today as part of the Marine Corps’ legacy.