via the Rebellion Research web site 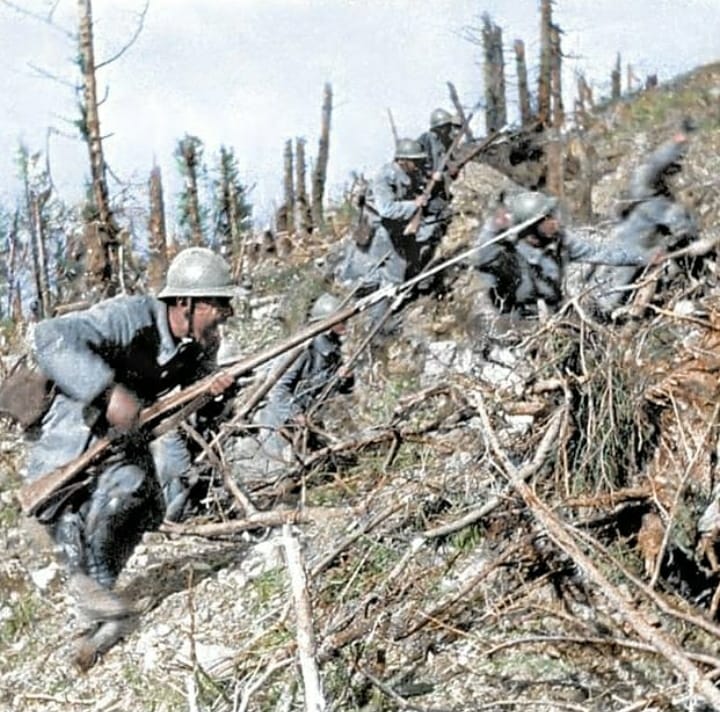 Battle Of Argonne Forest The Meuse-Argonne Offensive was a critical Allied forces operation of World War I, during the Hundred Days Offensive. Furthermore, it lasted for a bloody 47 days, starting on September 26th of 1918 and ending on November 11th by armistice. The majority of the offensive took place in France, northwest of Verdun.

The Germans were heavily outnumbered. With only around a half a million soldiers and an inferior amount of heavy equipment. The Americans were led by senior officer John J. Pershing, the French by generals Henri Gouraud and Henri Berthelot, and the Germans by Wilhelm of Prussia, general Max von Gallwitz, and Albrecht, Duke of Württemberg.

It is important to note that many of the American troops were greatly inexperienced going into this offensive and that a global outbreak of influenza, dubbed the ‘Spanish flu’, was ravaging the world’s population, including the soldiers. At Argonne, undertrained American doughboys learned how to conduct mobile warfare through bloody experience. 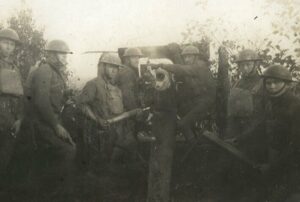 A combination of American, French, and Siamese troops made up the Allied force in this operation, opposed by the Germans. American and French men totaled up to 1.2 million, complemented by around 850 troops from Siam. The allies also brought 380 tanks, 840 planes, and 2,780 artillery pieces with them.

The offensive was split over three phases:

On September 26th the first phase began, and both sides expended large amounts of ammunition on each other.

At first, American troops were unable to gain any ground, and determined German counter attacks were able to make some significant headway west.

French forces adjacent to the Americans were fighting on more open terrain and so moved forward a couple of miles. The second phase began on October 4th. Furthermore, a combination of several American frontal assaults were able to break the fortified German defensive line.

It was at the Battle of Montfaucon where the U. S. troops first penetrated the German defenses. However, these attacks proved to be extremely costly, and poor leadership meant there were few strategic advances for the Americans. Nearing the end of the month Americans had cleared 10 miles of the Argonne forest.

While French troops had gained 20 miles to the north.

The third phase began on October 31st, with the Americans having advanced 15 miles into the Argonne forest and the French 30 miles reaching the River Aisne. Americans defeated German defenses at Buzancy and subsequently the French crossed the river, storming and capturing Le Chesne in the Battle of Chesne.

During the last days of the Meuse-Argonne. The American divisions finally learned up-to-date tactics. And their final attack on November 1 is a triumph of military tactics.

Read the entire article on the Rebellion Research web site.
External Web Site Notice: This page contains information directly presented from an external source. The terms and conditions of this page may not be the same as those of this website. Click here to read the full disclaimer notice for external web sites. Thank you.