Arsenal of Democracy: A History of RIA from WWI to WWII 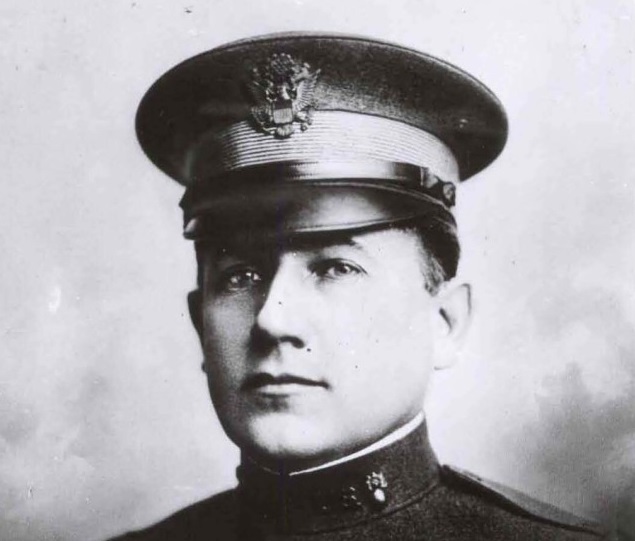 Col. Leroy Hillman the commander of Rock Island Arsenal, Illinois during World War I. Under his watch the arsenal employed over 13,000 civilian workers. He was a popular commander who was known for taking care of the employees at the arsenal by improving their quality of life by leading housing construction and other infrastructure improvements in the area. Hillman died of complications from Spanish Influenza in 1918.

ROCK ISLAND ARSENAL, Ill. – The Spanish-American War, and the subsequent Philippine-American War was Rock Island Arsenal’s baptism of fire. These engagements transformed the post from a sleepy backwater to a modern 20th Century arsenal.

One of the first changes to the arsenal was a new mission – manufacturing a new rifle for the Army.

During the Spanish-American War U.S. Soldiers were equipped with the Krag-Jorgensen Rifle. However, this weapon proved woefully ineffective against the superior Mauser M1893 rifle used by Spanish forces.

During the Battle of San Juan Hill, 750 Spanish regulars, using the Mauser M1893 rifle, were able to delay the advancement of nearly 15,000 American troops, which included Lt. Col. Theodore Roosevelt’s Rough Riders, as well as cause nearly 1,400 American casualties in the first few minutes of the battle. 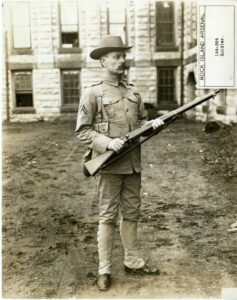 A World War I-era Soldier poses with a Springfield M1903 rifle at Rock Island Arsenal, Illinois. After the poor performance of the Krag-Jorgensen Rifle during the Spanish-American War the U.S. Army realized it needed a new rifle. Production on the new rifle, the Springfield M1903, began at the arsenal in December 1904. By the time the U.S. entered World War I, 843,000 rifles had been produced at Rock Island and the Springfield (Massachusetts) Armory.

As a result of this, and other battles in the war where Spanish troops were able to hold off vastly numerically superior American forces, the U.S. Army recommended replacing the Krag rifle with a new rifle – the Springfield M1903,

Production of the new rifle began at the arsenal in December 1904. By the time the U.S. entered World War I, 843,000 rifles had been produced at Rock Island and the Springfield (Massachusetts) Armory. The rifle would remain in active service through the Korean War and is still popular with military drill teams, most notably the U.S. Army Drill Team, and color guards due to its balance.

The early 20th Century marked the beginning of the “American Century” as the United States started to become a world power as it acquired overseas possessions in Guam, the Philippines and Puerto Rico after victory in the Spanish-American War.

To maintain a colonial empire the U.S. military would need to become bigger with a more up-to-date weapons system. This meant the arsenal had to massively adjust its production and manufacturing capabilities.

This adjustment meant that even in peace, the arsenal was running at an almost war-time pace.

The next war, World War I, was a war unlike any other war before.

World War I began on July 28, 1914 and ended on Nov. 11, 1918. The United States was a major supplier of war materiel to the British and French forces, but remained officially neutral until April 2, 1917, when then U.S. President Woodrow Wilson asked Congress to declare war on the German Empire in response to German naval attacks on American merchant ships.

The war led to a rapid mobilization of civilian resources to escalate the pace of combat. New industrial technology changed the way war was fought.

Read the entire article on the Army.mil web site.