via the Roads to the Great War web site 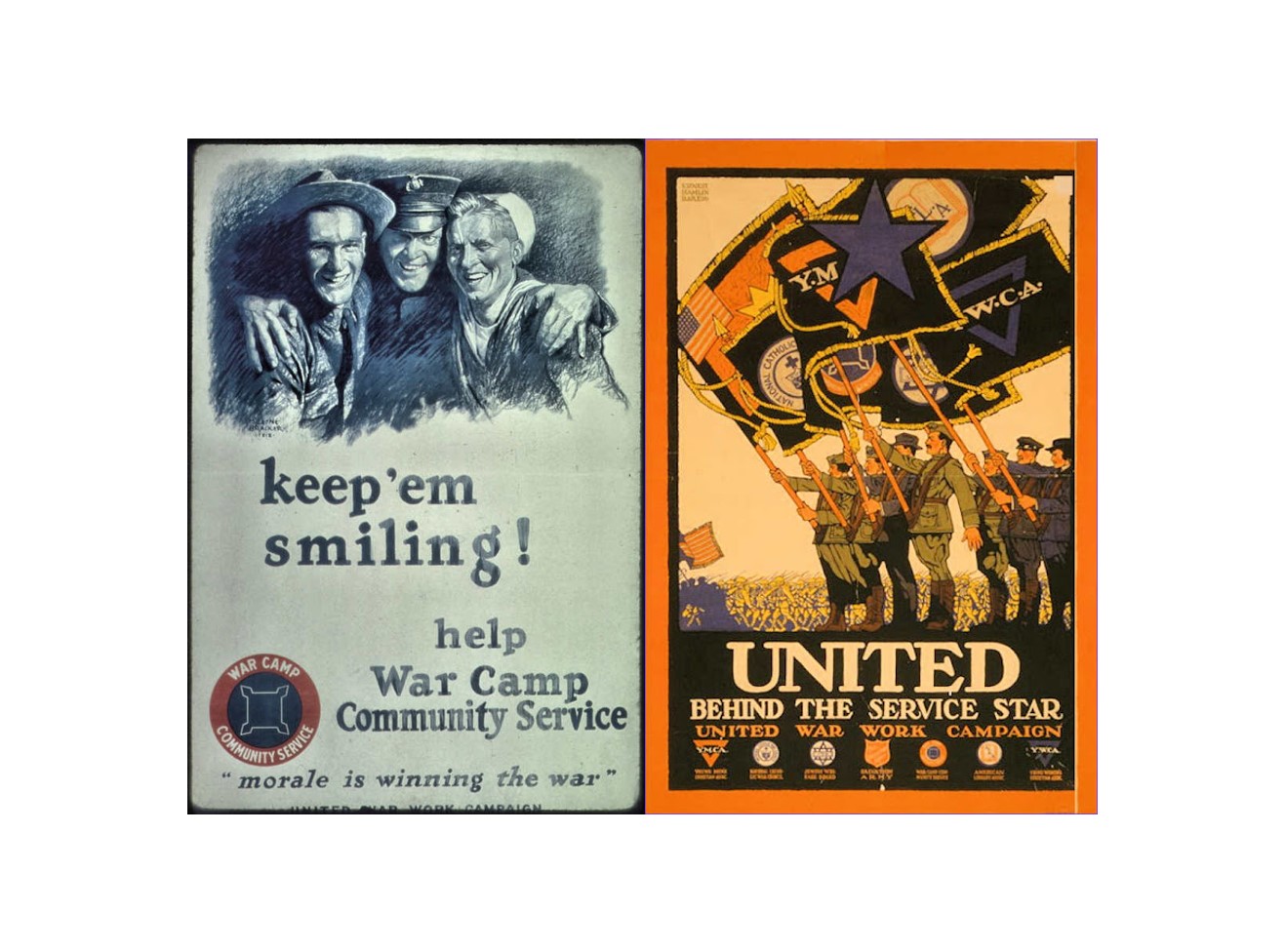 The idea for the Commission for Training Camp Activities (CTCA) emerged before the United States went to war. In August of 1916, with the prospect of American involvement in World War I becoming an increasingly greater possibility, Secretary of War Newton D. Baker sent urban reformer Raymond Fosdick to observe the conditions of army camps located on the Mexican border. Fosdick reported terrible scenes of disorder, drunkenness, and sexual immorality, and envisioned a progressive solution of camp reform that coincided with President Wilson’s vision for bettering mankind.  As a response, when the United States did enter the war in April of 1917, the War Department quickly established the Commission on Training Camp Activities, with Fosdick at its head, to develop a recreational morale program for the American military and to act as “the method of attack by the War Department on the evils…traditionally associated with camps and training centers.”

Over the course of the war, the Commission on Training Camp Activities developed its programs in domestic army bases and their surrounding communities, as well as overseas with the American Expeditionary Force and on Navy ships. It also enlisted the help of the seven civilian affiliates who would eventually create the United War Work Campaign (YMCA, YWCA, Jewish Welfare Board, Knights of Columbus/National Catholic War Council, Salvation Army, American Library Association, and War Camp Community Service). Programming for training camps included athletics, singing, movies, stage entertainment, libraries, and lectures, as well as unabashed modern sex education designed to curb the spread of venereal disease. The Commission on Training Camp Activities also targeted communities surrounding training camps, distributing pamphlets on social hygiene to civilians, regulating the attendance and intimacy level of public dances, and encouraging cities and towns to eliminate red-light districts and provide morally sound recreational facilities. By exercising control and influence over both soldiers and civilians, the Commission on Training Camp Activities could then monitor the interactions between the groups as well.

Cultural Goals
Altogether, Secretary Baker hoped that these measures would give soldiers an “invisible armor” of new social habits that would protect them from immorality in training camps and overseas. The white- and middle-class-minded Commission on Training Camp Activities fought to establish these habits as an alternative to the two extremes of “archaic traditionalism and the corruption of the urban working class”—both of which they feared would threaten the success of its programs by being either too strict or too loose, respectively. Ultimately, Baker, Fosdick, and other supporters and leaders of the organization hoped that their wartime reform would carry on past the armistice, drawing the diverse population of the country into a new, more unified American society