A New ‘Highway to History’ in Pennsylvania

“Dr. Frank Erdman Boston Memorial Highway” sign installed on Broad Street in Hatfield, PA (left) and at the official naming ceremony on September 15, 2022 at the headquarters of the Volunteer Medical Services Corp (VMSC).

History was made when Broad Street in Hatfield, Pennsylvania was officially dedicated as the “Dr. Frank Erdman Boston Memorial Highway” on Thursday, September 15th in recognition of an African American veteran, who left the military with the rank of Major to return to civilian life to apply his wartime experiences for the public good.

In Dr. Boston’s case, he started his professional ambulance service in 1933, almost forty (40) years before the official recognition of EMS workers with the formation of the First Aid Emergency Squad, which would eventually become known as the Volunteer Medical Service Corp (VMSC), which had and still does play important roles in many lifesaving events.

The following year Boston started the Elm terrace Hospital, which is now called the Jefferson Lansdale Hospital and is part of the Jefferson Health Systems, one of the largest health providers in Pennsylvania.

Dr. Boston is also the first African American Doctor to become a member of the Association of Military Surgeons of the United States and he received two U.S. Presidential Citations for his community service.

Following legislation passed in the PA House of Representatives and Senate, and signed by the Governor, Broad Street in Hatfield and Lansdale was officially designated as the “Dr. Frank E. Boston Memorial Highway.”

In addition to the street renaming, George Whitehair, Dr. Francis Jeyaraj and Sen. Bob Mensch led the recognition of community member, philanthropist, business leader, and humanitarian Syed Afzal, who was honored as the inaugural recipient of the Dr. Frank E. Boston Humanitarian award. “No one exemplifies the meaning of selfless service to the community more than Syed Afzal,” added George Whitehair, Executive director of the Boston legacy Foundation.

Accepting the award, Mr. Afzal spoke of “how service to the community is important” and as a first-generation immigrant, he believes we should all help our neighbors, our community and our nation. Various groups came to support this historical project, including the League of Employees of African Descent (LEAD) at Merck along with so many others. 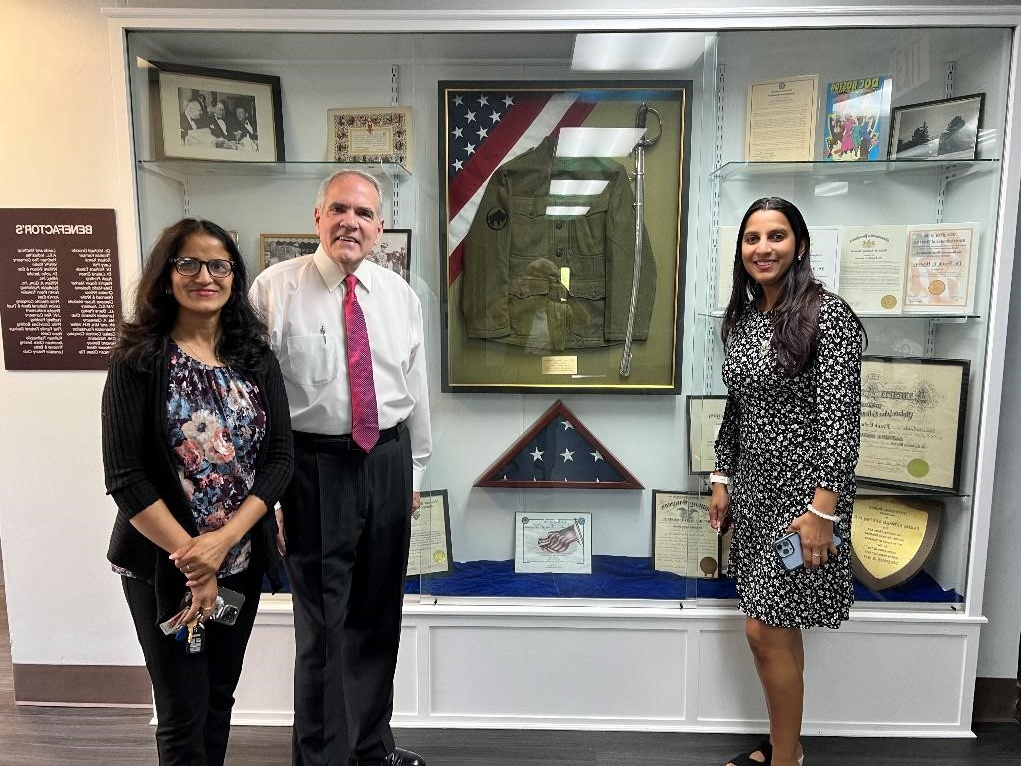 Guests and members of the public were also invited to see the new Dr. Boston exhibit inside the lobby of the VMSC ambulance corp headquarters in Hatfield, PA. George Whitehair, Executive Director of the Boston Legacy Foundation, said that within one of the displays is “an authentic army uniform dated from World War I, donated by the Fort Des Moines Museum and Educational Center, which is the fort that the black officers trained for service during WWI. He added that “The flag inside the display was flown over the US Capitol and the sword was presented to Major Frank Boston for his service as commander of the ambulance corp,” and “Dr. Boston may be one of the most underrated and forgotten heroes of not only Montgomery County, but of the nation. His time has come,” and “finally his name will live on for future generations.”

George Whitehair is the Executive Director of the Boston Legacy Foundation, and the lead researcher, historian and author of the Boston story and Leigh Ferrier is a graduate student from Arcadia University and one of the many volunteers who have devoted their time to bringing his story to life. You can email us at [email protected]