By By Marc A. Hermann
Special to the Doughboy Foundation web site 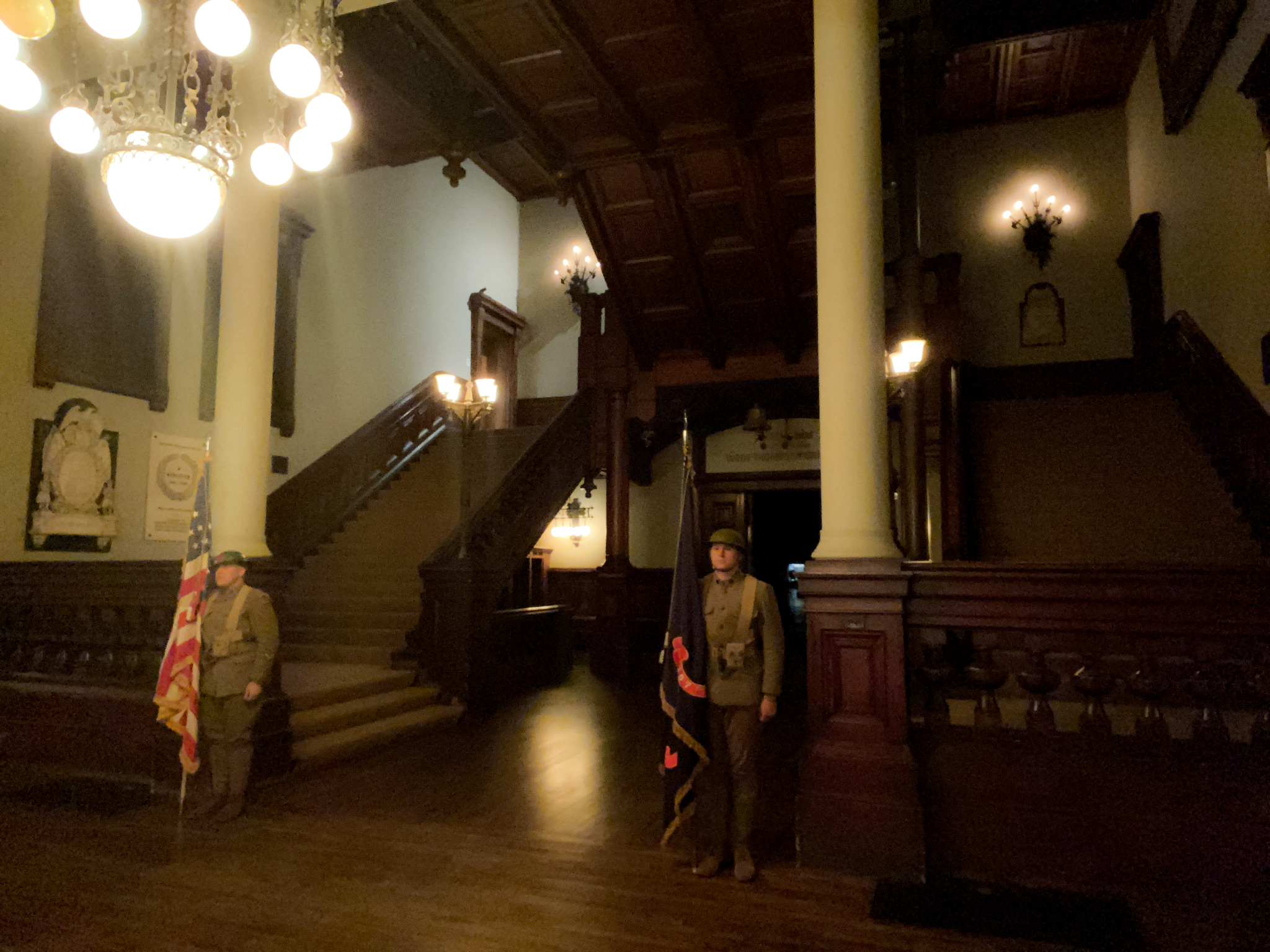 Marc Hermann and Steven Snyder portray the color guard of the 107th Infantry as they would have appeared in 1919 when the regiment returned to New York.

Pvt. Michael Valente, recipient of the Medal of Honor, for actions on September 29, 1918.

NEW YORK, NY — “…gallantry and intrepidity above and beyond the call of duty in action with the enemy during the operations against the Hindenburg line, east of Ronssoy, France, 29 September 1918,” begins the Medal of Honor citation for Pvt. Michael Valente, but he would describe it more plainly. “I was pissed that my men were getting killed,” he would reply when his grandson, Ralph Madalena, asked him about that fateful day on the Western Front. Rushing on a German machine gun nest, Valente and a comrade killed or captured the entire crew, before turning their attention toward another position, and doing it again. Valente would be wounded shortly thereafter, but lived on until 1976.

The notion of legacy was a conspicuous theme on the night of October 22, as the Veterans of the Seventh Regiment hosted a commemorative “Hindenburg Line” dinner at the Park Avenue Armory. Tracing its roots to 1806, the Seventh Regiment was a prominent New York Militia unit that distinguished itself at the outbreak of the American Civil War, being a ready force to respond to President Lincoln’s call for the defense of the capital. It was a military springboard for scores of men who went on to achieve command positions in the volunteer and regular army, and continued to attract the scions of Manhattan society in the intervening years. 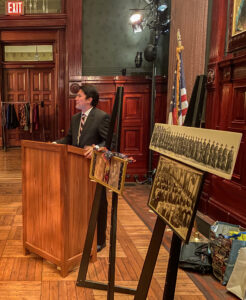 Ryan Hegg speaks about New York City at the turn of the century.

It accompanied the National Guard to the Mexican Border in 1916, and as the United States entered the First World War, was brought up to combat strength, and re-designated the 107th U.S. Infantry.

What was undoubtedly the regiment’s finest—and costliest—hour came in September, 1918, when the 27th Division was tasked with an assault on the German’s formidable Hindenburg Line, near Bony, France. Occupying the extreme left flank of the attack, the 107th Regiment had a particularly treacherous place in line, and would suffer considerably for it—some 1,149 killed and wounded out of 1,662. 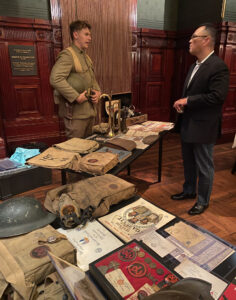 Steven Snyder, a present-day member of the New York National Guard, in WWI uniform talks about the display of militaria.

However, when the smoke cleared, the division had successfully broken the German position. In addition to Pvt. Valente, three other members of the regiment would receive the Medal of Honor, and an astounding 67 would receive the Distinguished Service Cross.

In the years following the war, the Veterans of the Seventh Regiment would gather together in the ornately appointed regimental armory, particularly reflecting on their role in breaking the Hindenburg Line. As the number of veterans dwindled, so too did the frequency of their reunions, until they stopped altogether. 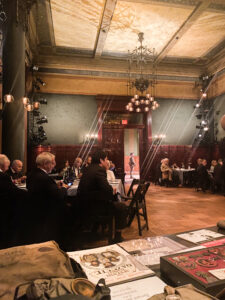 General view of the Hindenburg Line Dinner in the Board of Officers room at the Seventh Regiment Armory.

In the late 2000s, BG Thomas J. Principe, NYARNG, Ret., assuming the presidency of the Veterans organization, decided to revive the Hindenburg Line dinner and, other than a pause during the COVID pandemic, it has been going strong ever since.

The armory’s Board of Officers room was alive with the reminiscences of Valente’s grandson, as well as those of Chris Eggers, whose father, Sgt. Alan Eggers, was another of the Medal of Honor recipients. Edward McEneney, who joined the regiment in 1954, recollected standing his post as an honor guard in that very room in 1961, during the funeral of General John O’Ryan, the wartime commander of the 27th Division—although, he admits, the significance of who O’Ryan was was lost on him at the time.

Ryan Hegg, head of Legacy and Education for the United War Veterans Council and the Executive Director of “In Their Footsteps,” an initiative that links American and European school students by the shared heritage of the American soldiers who served and died overseas, spoke about the New York City that the men of the 107th would have known and experienced.